Ellie Carpenter says the Matildas' friendlies against Chile will be important for testing defensive depth and preparing for next year's Olympic qualifiers.

The Matildas will use their upcoming friendlies against Chile to iron out their defensive wrinkles, with in-form centre-backs Jenna McCormick and Emma Checker called into the squad.

Australia play their first international since June's World Cup exit when they take on South America's fourth-ranked side at Bankwest Stadium on Saturday before a second-leg encounter in Adelaide on Tuesday.

Teen prodigy Carpenter says the games will be important for testing defensive depth and preparing for next year's Olympic qualifiers.

"Every game from here on in and every training camp matters," said the 19-year-old veteran of four international seasons.

"We're preparing to qualify and as everyone knows it's not easy. So I think everyone's very excited to be back in the group and get these games underway."

Adelaide United's Checker and former AFLW premiership player McCormick, in particular, are likely to earn minutes throughout the two-game series.

Centre-back has been a problem area for the Matildas.

Injury saw Laura Alleway ruled out of the World Cup while Clare Polkinghorne missed games with a hamstring complaint, leaving left-back Steph Catley to frequently deputise in the role. 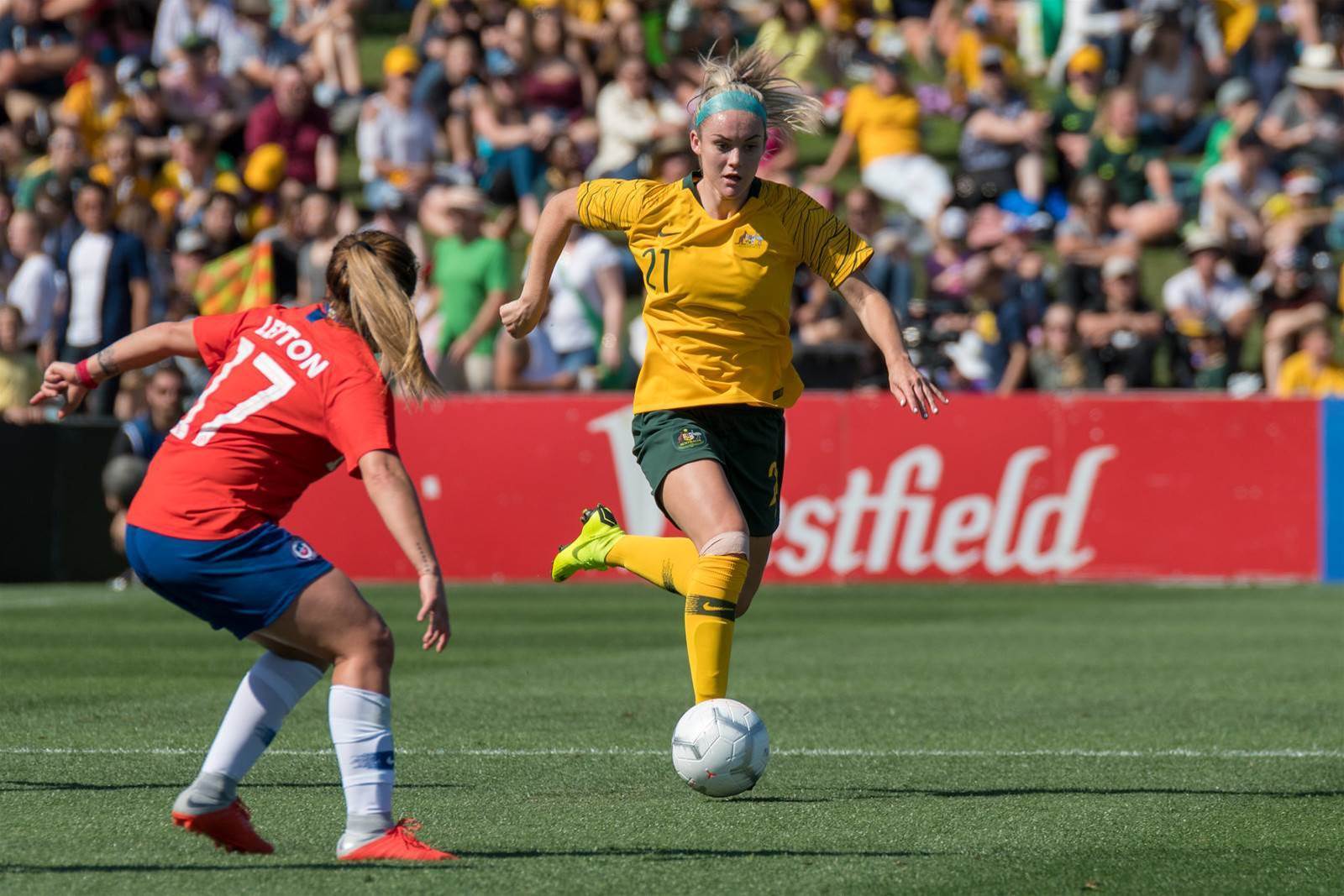 "Obviously we've struggled with that in the past, the depth in our backline," Carpenter said.

"So it's nice to bring in some more defenders to get the experience that they need, leading into tournaments as well.

"These games are the perfect opportunity to get that experience for them too.

"But they've come in, they're training well and getting experience, so it'd be good if they can get some minutes in the next two games and get the feeling of international football."

"Chile are a solid side and unpredictable and they had a decent World Cup as well," Carpenter said.

"And obviously we don't take any team lightly, so we're going to put our full-strength team on and go for it."

Carpenter was speaking as part of Pantene's partnership with the Matildas.