Blissett, 18, is from Albury-Wodonga and has made two appearances for Melbourne City in her first W-League season.

The defender was introduced to the game 10 years ago by her father, Clayton, who played football at local level in Albury-Wodonga.

The family influences has had her play netball, league tag, AFL and football, but it seems the round ball attracted Blissett the most.

“It was just my enjoyment of the game that kept me playing, I just played those other sports for fun, but it was really soccer that stuck with me and it became my passion for everything,” Blissett told The Women’s Game.

“I started playing when I was eight in Albury locally and we didn’t have a girls’ team at my age, so we always had to play boys until I got to 12 and from 12 to 15 I played against both boys and girls.

"The girls’ competition wasn’t necessarily weak, but it wasn’t as strong as I needed it to be to develop my football. 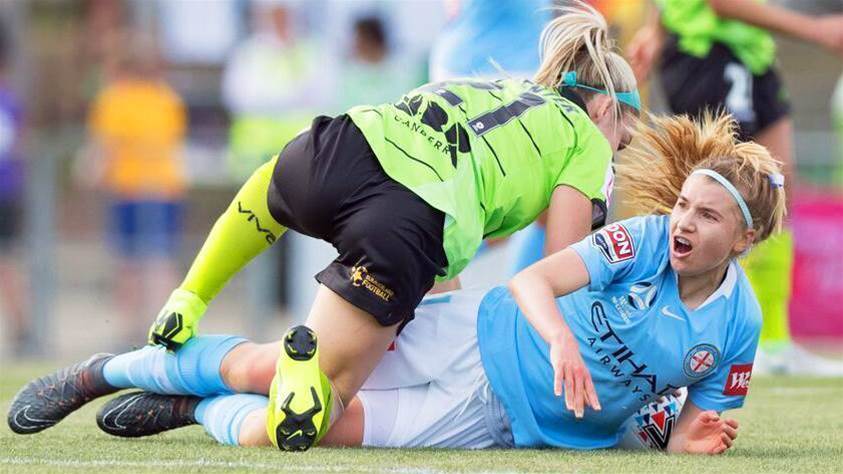 Blissett clashes with Ellie Carpenter in Round 1. By Ben Southall

“I grew up around soccer, my dad played and when I was little I was around the club. I didn’t initially want to play soccer, I did athletics for a couple of years and then all my friends started playing and some older influences in my life were playing, so I just thought I wanted to be like them. I started playing and I fell in love with it.

“My dad played at a local level, but he played basketball at state level and my auntie was a state hockey player, so sport does really run in the family, but no one has played at a really high level.”

Blissett’s journey has seen her move from Albury-Wodonga to Sydney then to South Melbourne where she enjoyed a stellar 28-game 2018 WNPL season.

Along with 15-year-old Nia Stamatopoulos, she got her chance immediately in Round One of the W-League season when City lost six key regulars for their opener away to Canberra United.

Surrounded by City's Matildas, Blissett admitted she was in awe of the her teammates.

The left-back is now back in contention for City’s clash against Perth Glory this weekend after being red carded for a challenge on Sydney FC’s Savannah McCaskill in Round 2, her first dismissal at any level.

“I’m looking forward to the Perth game, it was a learning experience in that Sydney game, but I’m really excited to be able to be back in the squad this week,” she said.

“Nothing was really going through my mind when I got the red, I didn’t even realise I reacted like that. I was just shocked more than anything, I just had to take it, walk off, learn from it and move on. “I’ve settled in really well overall. It’s just a really supportive environment to be in and I’m loving every minute of it.

“It was very scary initially, one day you’re trialling and the next minute you’re off to Canberra playing in the starting XI, but it was an experience I had to embrace.

“I had to settle and overcome my nerves and use it to my benefit. I think once the whistle went, all the nerves went away and it was just another game.

“The quality is a massive step-up, in terms of gameplay, pace and physicality is a step-up, but you can’t use it as an excuse anymore, you just need to adjust quickly and play the best football you can.

“Training with girls like Steph Catley and Kyah Simon, at first, it wasn’t necessarily daunting, but it was just that thing where you’ve grown up watching your favourite soccer players on TV.

“They’re so nice and welcoming and after a little while, they’re not Matildas, they’re your teammates and you talk to them like normal people.

“Obviously initially it was exciting and nerve-wracking to meet them, but they’re just the nicest people I could meet and they help me a lot at training and on game day.” 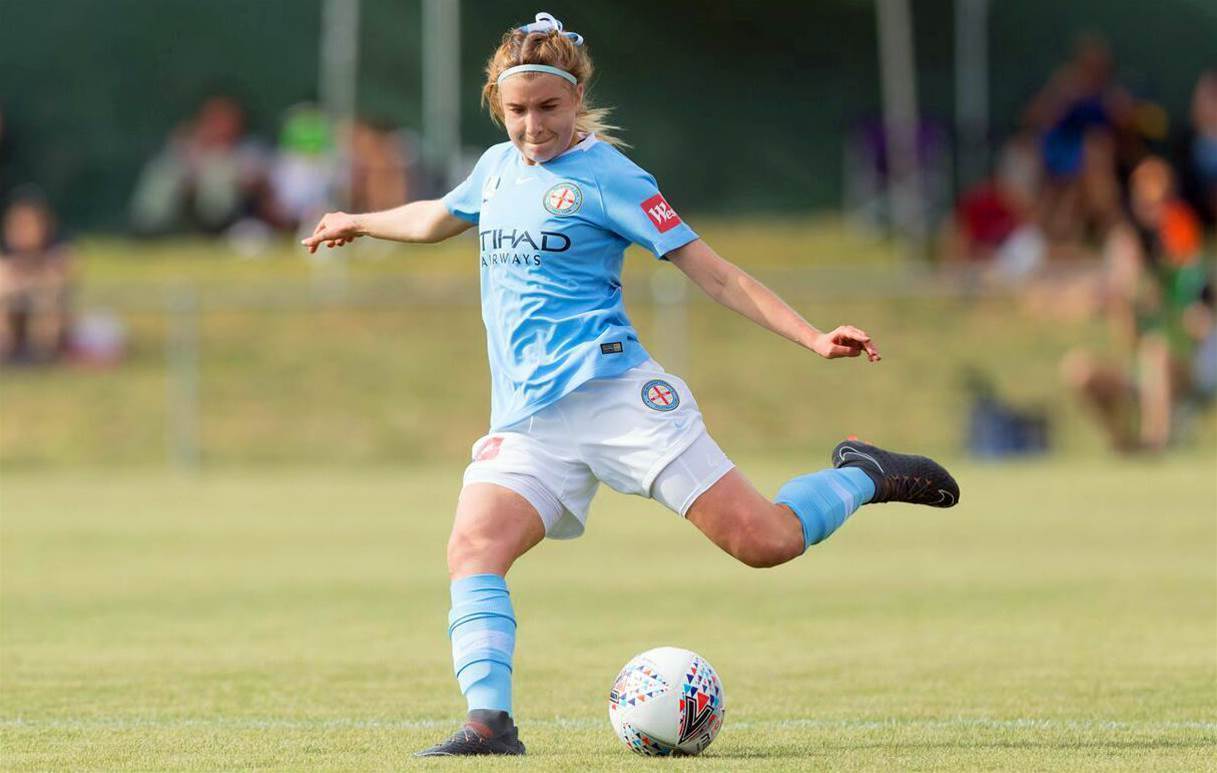 Blissett's feet are firmly on the ground. By Ben Southall

Blissett is now targeting her dream of earning a spot in the Young Matildas in the 2019 AFC U19 Women’s Championship in Thailand.

The 18-year-old has just completed her Year 12 and hopes to study a double degree in teaching and exercise science in 2020.

She's inspired by young guns Kyra Cooney-Cross, Sofia Sakalis and Ellie Carpenter who have all impressed early in their careers.

“Those girls’ stories does give you confidence and belief in yourself, but at the same time, you still have to keep yourself grounded and realise that even though I’m here, there’s still so much learning and experience I can gain,” Blissett said.

“I use the confidence I gain to my advantage, but I also stay humble and grounded at the same time.

“I hope one day that I’ll be able to play for the Matildas, but I’d really like to be in contention for the Young Matildas next year.

“I just want to keep playing well and hopefully it all falls into place.

“Moving around a lot as a teenager, you have to grow up a lot faster in those situations and you look after yourself a lot more, but I don’t think of it as if I’ve matured quickly or grown up too fast. I just take it as learning experiences for the future.” 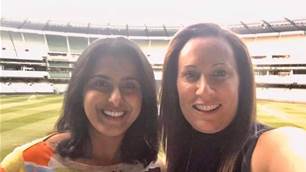