Ante Milicic has suggested there will be plenty of changes to the starting XI for the game against Brazil.

Clare Polkinghorne is under an injury cloud and could miss the vital clash.

“Clare’s one, she still has soreness. It’s a muscle injury, the hamstring. We know with those injuries unless she’s done sprinting work it makes it difficult to participate in such a game that will be played at a high tempo,” Milicic told media at the pre-match press conference.

He conceded that the Polkinghorne injury exacerbates Australia’s lack of defensive depth.

“We understand after we lost Laura Alleway that we were a bit thin in that area with the centre backs.”

No Polkinghorne means Steph Catley is likely to slip into the central defensive pairing with Alanna Kennedy.

“That’s a role I know how to play and if I am needed there then I can definitely step in there and do a role,” vice-captain Catley said.

“We’ve got an experienced back line so we’ve still got the cool, calm and collected heads in there that can control the backline no matter who’s in there.”

However, the defence could be boosted by the return of Elise Kellond-Knight to the starting XI. She had an interrupted preparation for the tournament and is finally getting sufficient minutes into her legs. 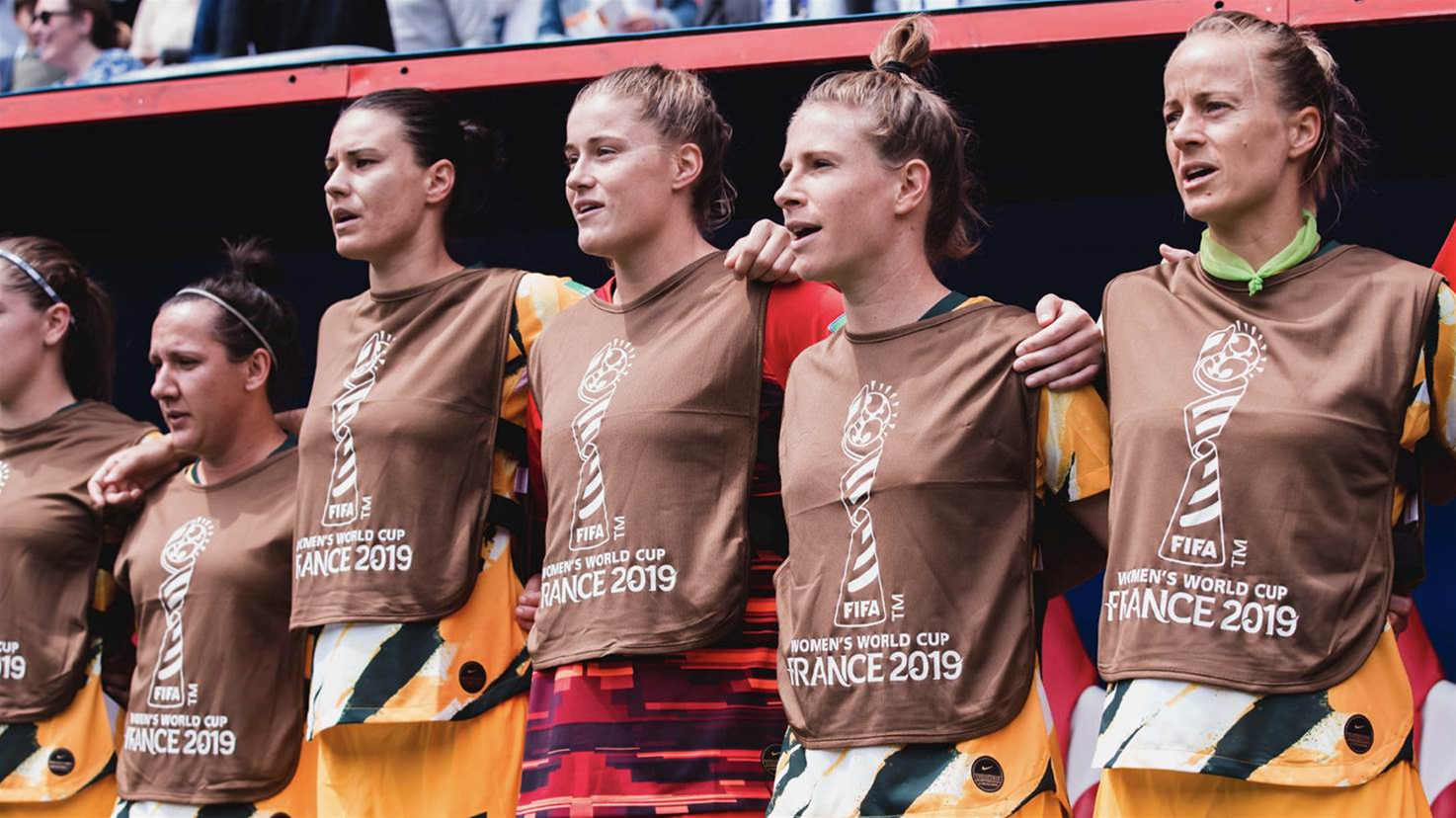 Elise Kellond-Knight (second from right) came into the match against Italy under the injury cloud. Taken by Rachel Bach (@bythewhiteline)

“We saw that she played 15 odd minutes the other day and she’s pulled up well with that,” Milicic said.

“We’ll make a decision on her probably later tonight on whether she’ll start the game or if we’ll use her off the bench.”

Kellond-Knight’s potential inclusion obviously has ramifications for the rest of the midfield make-up.

“I do feel with KK coming back into the squad that’s important for us because she’s a real natural six for us and a lot of the good play that we do or have had in the past goes through her."

Milicic also flagged that Kellond-Knight’s inclusion would have benefits for Caitlin Foord who has been deployed in the number 10 role in the past few matches.

“We’re hoping that Caitlin is one of those players that can benefit from that as I mentioned earlier we’ll look to change a couple of little things going into the game tomorrow and hopefully it pays off for us.”

Changes could also occur in the front third.

“It’s probably one area in particular, in the wide parts, that we’ve got a few options with our wide strikers so there’s a good chance that we’ll be changing a couple of things out there,” Milicic said.

Kerr, Raso, Yallop, Logarzo and De Vanna all occupied space in the front three at one point or another with Emily Gielnik the only attacking option not used against Italy, she could be in line to feature against Brazil.