Slotting into an unfamiliar position in a World Cup is no easy task but Steph Catley embodied the Matildas never say die attitude proved that she was up to the challenge.

“It’s not my natural position but it’s one I’m learning to play and have kind of developed over the last few years," she told media after the 3-2 win.

"That second goal I should have attacked the ball and it’s really a centre back movement that I should know better but I’m hoping that every game I play there I get a little bit better.”

The second Brazilian goal wasn't a great moment for Australia, not only putting them two goals down but coming after Australia had been dominating play.

“It sucks when a goal goes in like that but the feeling was that we were still on top and that we were still playing the better football and controlling the game so everyone was looking around just saying 'calm down, calm down we’re still in this' and I mean we fought back and ended up winning.”

This positive communication is the result of how close of a group the Matildas have become with most of them having played with each other in various teams for years.

“We’re so tight-knit so maybe from an outsiders perspective it looked like the world was ending but we stayed on task, we knew what we were capable of and we came in here and got the win,” Catley said. 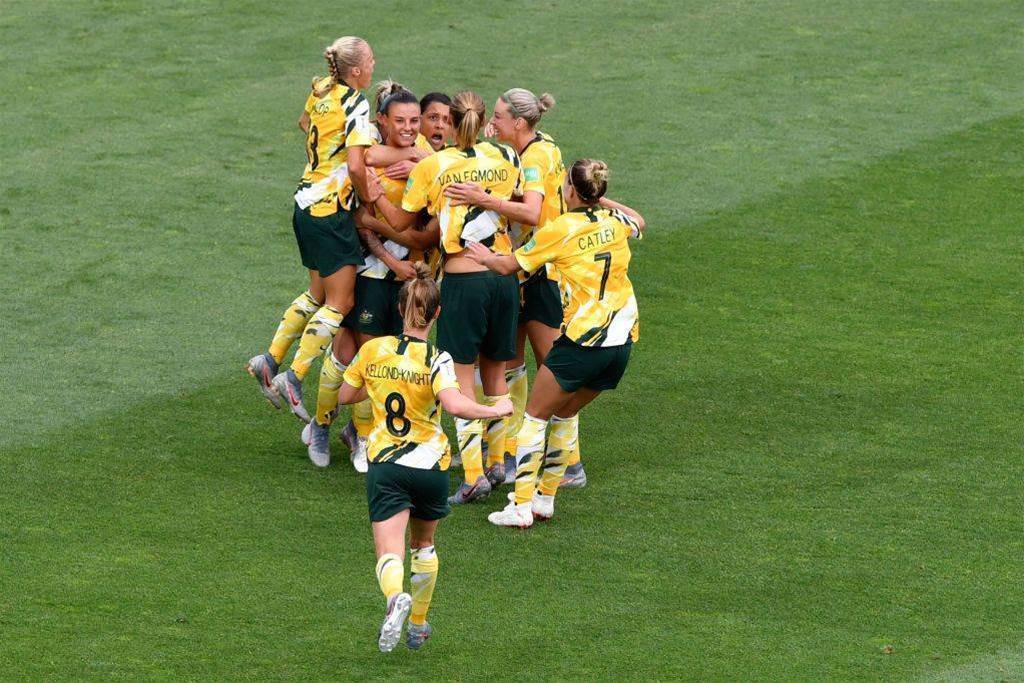 As the scoreline suggests, the three points did not come easily to the Matildas, with the Brazilians throwing everything they could at the back line up until the final whistle.

“[It was] just a fight I think, we were winning the tackles we needed to be winning, we kept playing, we weren’t flustered, we kept moving them around so I think it was a really mature performance by us which you have to do in World Cups like this.”

The maturity on display was somewhat missing from the Australians first group stage clash against Italy with Catley acknowledging that there were lapses in that game that they could not afford to repeat.

“Especially towards the end, they really pushed and we were just trying to clear our lines and stay compact and there was a lot of talk going on around the filed just to stay calm and stay tight," she said.

"I think that was much better than the Italy game, everyone seemed more in tune with each other.” What a comeback! What a win! What a feeling! Stephanie Meek (@stephaniemeekphotography) was behind the camera for this World Cup match between the Matildas and Brazil.

The game-changing moment for the Matildas was Caitlin Foord netting their first goal just before half time. This swung the momentum back in their favour and saw them take to the field for the second half with a renewed belief in their ability to win.

While having to fight back from a two-goal deficit is far from an ideal game tactic it was a significant factor for Catley.

“The best thing for me is we fought back from two nil down so carrying that with us throughout a tournament is so important because you go a goal down, you go two goals down we know we can come back, especially against a team like Brazil, one of the best in the world, so if we can do it against them we can do it against anyone."

The Matildas will play Jamaica in their final group C match on June 18 (June 19 AEST) in Grenoble.