Matildas defender Steph Catley says it’s important Australia have “no excuses” going into next year’s World Cup as she goes under the knife to end a prolonged knee problem.

The 24-year-old defender, who has had a long 2018, had surgery following the match with England after “chuffing along” with the injury for a while.

With the W-League due to start imminently, and Catley being a key figure amongst her Melbourne City side, she removed fears that the procedure might rule her out of the domestic competition.

“Yeah it’s an injury I’ve had a little while, about three or four years that I’ve just been chuffing along with, but going into a World Cup I don’t want to hold onto that. So that’s pretty much what’s going to happen.

“Its minor surgery, so it won’t rule me out. It’s a little clean up.

“We’ve had a few players who’ve had a little rest or surgery to nip in the bud to make sure we’re ready for the World Cup. We want to be fit; firing off the back of a W-league season, so there’s no excuses.” 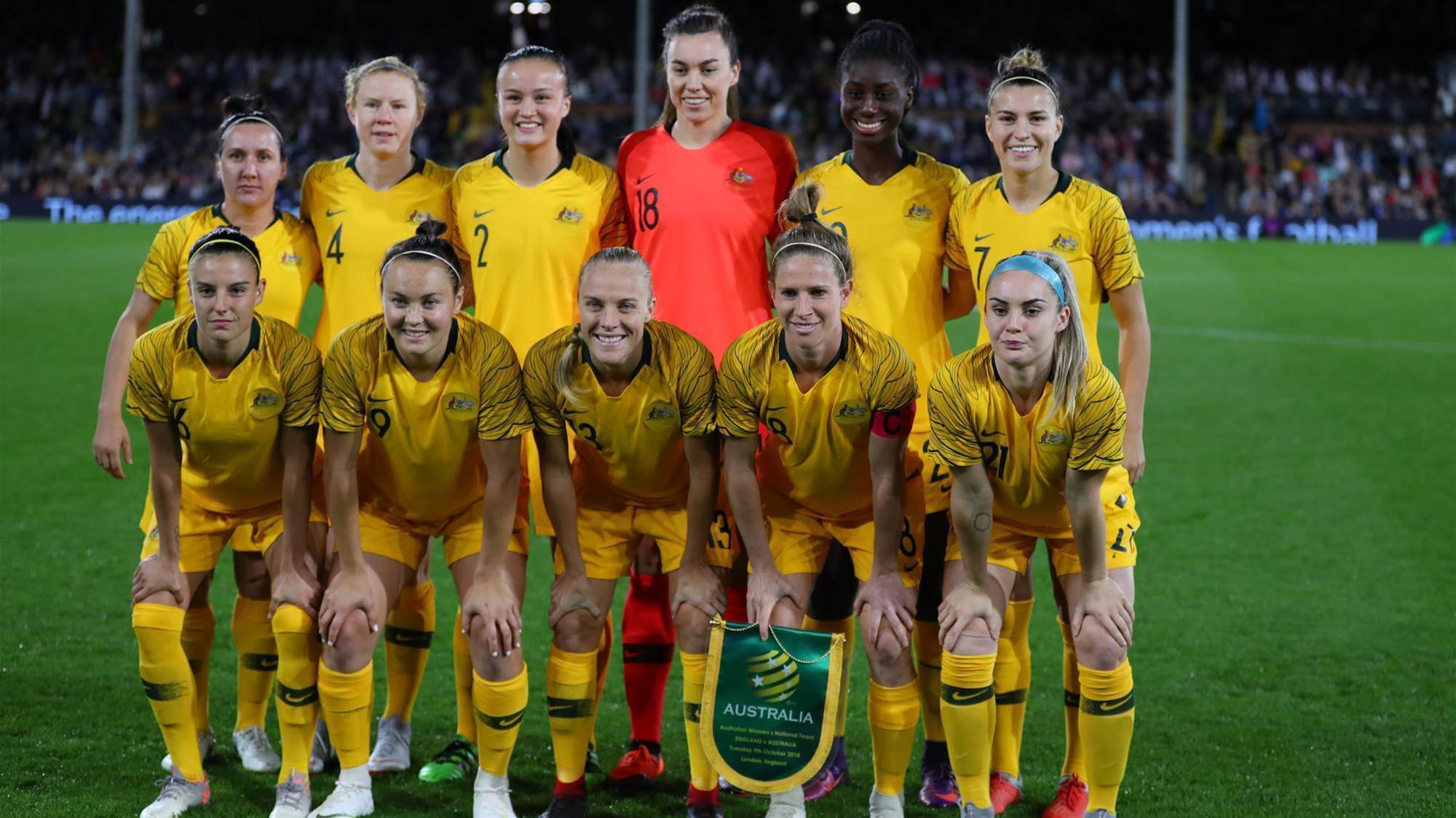 Catley was speaking after her side snatched a respectable 1-1 draw in London against England, despite her team being under pressure for much of the match, and perhaps being on the right side of some questionable refereeing decisions.

She admitted her side were lucky at times, but was pleased with the result overall.

“We knew it was going to be tough, this whole week was going to be tough with the outs we had and some debutants, players playing out of position and coming back off injury.  So to come out with a draw, even though we were pretty lucky at times, I think it’s still a good draw.”

The Matildas have been renowned for their ability to break quickly down the flanks, with the likes of Caitlin Foord and Hayley Raso looking to exploit space in behind opposition defences.

Well, Raso was unavailable, along with a number of other senior players, and Foord played at left-back, which meant Australia operated with a makeshift lineup that England took advantage of – ironically down the flanks.

This was not something that went unnoticed for Catley.

“It was really difficult at times and that’s something we’re usually really good. We’re usually very good down the wings and stopping other teams because we have a lot of pace and strength out there.

“This was something pretty new for us. We knew England had a lot of pace and a lot of power down those sides. But I think they’re like that all over the field. They’re class and have a lot of good players that are powerful and smart, and they played a lot of good football. It’s a big learning curve for our young players and for us going into a World Cup, it’s invaluable.”

Despite not even being 25 yet, Catley is arguably one of the veterans of the Australia side, with 69 caps already to her name.

Game day vs 🇫🇷. Excited to be back at it with the gyals 💛💚

With the exception of the Algarve Cup, its rare the Matildas make it over to Europe, and the Seattle Reign defender was keen to stress the importance of the trip for the young players in the squad – a crop that are very different to the young players she progressed through the system with.

“This is probably one of the hardest places you’re going to play - England in England. It’s an amazing experience for them to come up against such amazing players.

“They’re technical players and Mary (Fowler) might only be 15, but she’s built and she has confidence. They’re a different breed to what we’ve had in the past. We’ve had good young players, but we were skinny, fast little kids.

If Catley can stay fit, she will no doubt join an illustrious list of names in the next few years of having played 100 times for her country. Against England, Elise Kellond-Knight earned her century and captained the side in London.

Catley, was full of praise for her teammate.

“She’s such a class player and a class person too, a great leader for us.

“Just a cool calm and collected head all the time and a great human. One hundred caps for your country is a big deal and we’re all really proud of her.”