Carpenter's Champions League win and subsequent breakthrough into the Lyon first team affirmed her arrival on the world stage as one of the world's best footballers, at still just 20-years-old.

Carpenter is set to be a Matildas star for the next decade to come, but concerns raised by FFA over the pathway for the next generation of Young and Junior Matildas have re-focused the issue of so many stars departing the W-League.

The current Matildas are the "platinum generation" superior to the Socceroos' golden generation team according to FFA CEO James Johnson, who is spearheading the coach selection process.

FFA are planning to announce a series of appointments aimed at rejuvenating the Junior and Young Matildas pathways over the next few days.

FFA plans to announce new development appointments over "the coming days" aimed at addressing shortfalls and poor results at the youth national team level. These appointments will likely be centered around the Future Matildas program, which acts a centralised training centre for a small group of the nation's best prospects.

But while FFA's focus shifts towards the future, the main source of Matildas talent - the W-League - faces a diminishing future.

Every single Matilda now plays in Europe, compared to last season when almost every Matilda played in the W-League and NWSL combined.

Likewise, some of the W-League's best foreigners, such as Nathasha Dowie, have announced their own departures to Europe. As NWSL talent slowly drains towards full-time professionalism in European leagues, the amount of NWSL stars able to join W-League teams diminishes.

Carpenter says that international talent was key to her own development as a teenager at Canberra United and Melbourne City.

“I think the W-league is such an important league for the young generation coming through the system," Carpenter told the PFA.

"It allows the players to experience an environment that prepares you for your next step and to build on yourself as a player.”

“To play competitive games each week and to come up against the best players in the league and also quality international signings was so important, as well for the depth of our national team squads and to keep the growth of women’s football strong.

“I think the experience of the international players joining the teams in the W-League bring their presence and advice to the team.

“I remember my first year with the Wanderers I was 15 years old and playing alongside [Canadian International] Carmelina Moscato, I learnt so much off Carm in the short amount of time. Knowledge of the game, tactical positioning. All aspects. This is such a boost for the young generation and players in the W-League.”

Fox Sports' slashed broadcast deal and COVID19 cutbacks have pushed some A-League teams - which fund their W-League programs - to the brink of collapse.

This resulted in calls to cut the already tiny W-League operating budgets that total around $1 million per season, with players' salaries set to drop from a minimum of $16,000 per season to $12,000.

Those calls have reportedly been scrapped by the clubs, however some cutbacks are still likely and the upcoming W-League season will now be delayed as negotiations continue.

Carpenter said that the W-League was the major force in her own career development.

“In 2015 my first season in the W-League with the Wanderers gave me playing opportunities at a high-level, week in, week out, developing my game and experiencing what it is like to play in a competitive league,” Carpenter said.

“This helped my growth immensely and is what had me identified into the national team. My further five years after in the W-League were very enjoyable with both Canberra United and Melbourne City.

“Each year I felt myself improving as a player as I got to express myself and surround myself with quality players and train with them every day in a professional environment.

"The W-League is where my career began, and I couldn’t be more thankful for everything each of my clubs have contributed and shaped me into the player that I am today."

Grace Maher's 360: Giants to Iceland and back again

Grace Maher has had a rather peculiar few years to end up back where it all began, at Canberra United for the upcoming W-League season.

The flurry of activity at Adelaide United continues as the club ramps up preparations for the next W-League season.

The last time Olivia Price played for Western Sydney Wanderers, the W-League side was a very different club. The Canberra United midfielder spoke about returning to a refreshing set up.

Just a few days after Grace Maher announced her return to Canberra United's W-League team from Icelandic club KR, the woman who followed in her footsteps is also returning home. 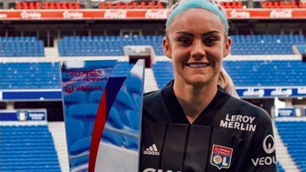 Carpenter: 'Every Lyon training is so intense to what I'm used to' 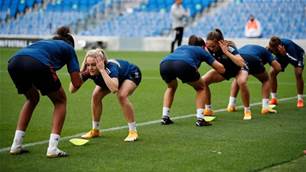