That player is their own Hayley Taylor-Young. The Canberra born, Canberra raised and Canberra United Academy trained player will be back with the team for her third W-League campaign.

Taylor-Young has largely been used as a substitute in the last two seasons, with the 19-year old making nineteen W-League appearances, fourteen of which from off the bench.  This could be the year in which she becomes a regular starter for her home team.

Growth and confidence were big points repeated by the young attacker when discussing her journey as a Canberra United player during her signing press conference.

Pointing to her long connection with current Canberra manager Vicki Linton, whom Taylor-Young had as a trainer at the Academy, the young player spoke of the growth in ability and confidence she has gained under the manager.

"For me last year she (Linton) helped me find more confidence in myself, in my abilities which I think I needed.

"(Now) she expects me to be more consistent in how I play so I am going to try to do that this year.  With me I need to be more confidence in myself and back myself more."

This is a statement similar to the one given by Linton herself:

“She is a talented young player and it will be good to see her continue developing and to increase her impact in games.”

Taylor-Young will be surrounded by a number of players she is familiar with in the upcoming year, included a few veterans to also help her in that growth.  One of the ones she points to, both as a player who gives the example and as one to emulate in terms of similar playing positions is Michelle Heyman.

After coming out of retirement last season and finishing the year by winning her second Julie Dolan medal, Heyman has recommitted for 2021-22 with Canberra United.  Taylor-Young spoke of the impact which Heyman had last campaign in terms of helping her to be better and the excitement of that happening again.

When asked about her future career expectations, Taylor-Young did speak of her ambitions to one day be a Matilda as well as maybe going abroad to play college soccer in America.  However, for now she is 100% committed to Canberra's upcoming season. 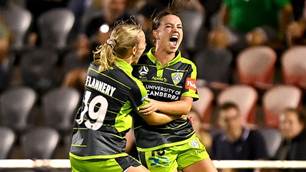 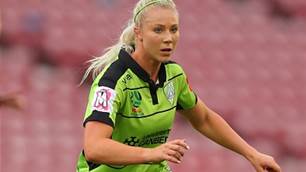 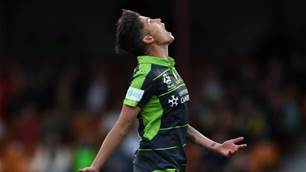