Sydney Roosters hosted the Brisbane Broncos at Allianz Stadium in round two of the NRLW but the visitors proved too good for the hosts.

The opening 10 minutes of the match saw free flowing football ensue, as both teams tested each other out.

The Roosters went close to scoring in the 9th minute with Vanessa Foliaki brought down close to the line.

Four minutes later her partner, Karina Brown was over the stripe, but was deemed to knock-on in goal by the bunker.

The Roosters enjoyed field position during this period of the match due to the Broncos dropping too much ball and being unable to complete their sets.

The next ten minutes saw incomplete sets from both teams and even though the conditions were dry, a bit of swirling wind was playing havoc with both teams Ball handling.

In the 22nd minute off the back of sustained pressure by the Broncos resulted in a penalty close to the Roosters tryline.

A few tackles later and the Broncos skipper and halfback Ali Brigginshaw went over under the posts for a 4-0 lead.

In the 27th minute Broncos right-edge second rower Teuila Fotu-Moala ran a great unders line off five eight Kimiori Nati to score to the right of the posts and with Chelsea Baker converting, the score went to 10-0 to the Broncos just before the half-time break. 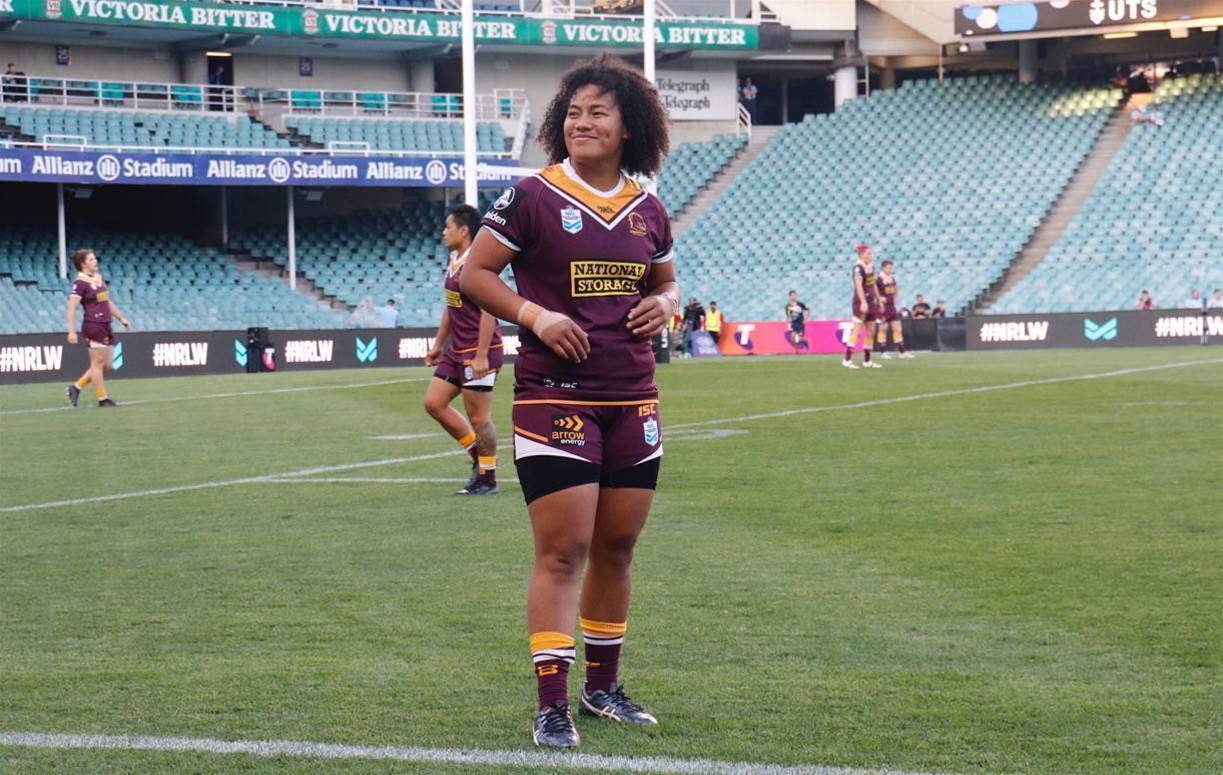 Five minutes after the resumption of play, the Broncos peppered the Roosters line and with crisp service from hooker Brittany Breayley out of dummy half and quick hands through their backline, centre Meg Ward scored out wide for the Broncos to lead 14-0.

The Broncos appeared to be the better team, as even the Roosters more senior players in Ruan SIms, Elianna Walton and Maddie Studdon appeared to be rattled, but with 18 minutes to go they began to rally as they attacked the Broncos line.

Finally with two minutes left on the clock star centre Isabelle Kelly dived over on the left edge after good lead-up work from Studdon and Kylie Hilder.

The Roosters pressed the Broncos line again near fulltime, but to no avail, as Hilder kicked through after a penalty had been awarded, but the Broncos battered the ball down and the score remained at 14-4 to the Broncos.

The Broncos were strong across the paddock and the pick included Breayley, Brigginshaw and Ward.

For the Roosters, once again Kelly was a stand-out, as was Simaima Taufa and Chloe Caldwell was strong off the bench and provided great go-forward.