Brisbane Roar have continued to bolster their 2021-22 squad with the addition of Cannon Clough.

Clough has been playing in the NPLW with Lions FC for three season now.  She has made 65 appearances so far, scoring seven goals. The defender was nominated for the 2019 NPLW Queensland Player of the Year award.

A speedy and skillful full back, she has most recently won the Kappa Women's Super Cup with Lions FC in their continued quest for the treble.  The NPLW is currently first in the Ladder, having already claimed the Premiership and qualified for the Finals Series.

The defender had also scored the winning goal of her Queensland team's triumph over New South Wales in the 2020 Watson-O'Connor Cup.

Shootout heroics 🦸â€â™€ï¸@lionsfc1's teenage goalkeeper Isabella Shuttleworth came up with a clutch save for QLD in Saturday's heart-stopping shootout against NSW, before Cannon Clough sealed the Watson-O'Connor Cup with the winning spot-kick 🏆#RivalryReignited #QLDPride #NPLQLD pic.twitter.com/iZBlYfNPTS

"I am super excited.  The girls before us at the Roar have made it a really cool place to be and given it a good name, so I think it's going to be cool to try to add on to that.
"I think that'll be a bit of a plus for us going into this season since a few of us already know each other.  Even girls from other teams are already good friends. It's all familiar faces which will be fun.
"With any team, the more time you get to spend together, the more chemistry you have, the better you know each other, the easier it is to play with each other.
"The NPL has done a good job to prepare us, especially Lions. The whole competition has done a good job of getting girls ready to play all over the country but in Queensland it's really special."

Prior to starting her play in the NPLW, the American-born player attended university in the United States.  She played her first two NCAA years with the University of Charlotte before transferring to the University of North Carolina.

Her new head coach Garrath McPherson stated his excitement at the signing of the defender:

"Cannon is an explosive, mobile defender who has had another wonderful NPL Women's season here in Queensland after being selected in the All-Star side that beat New South Wales last year," McPherson said.
"She is a versatile player who will provide the team with a number of options at different times throughout a match.
"In all of the games I have watched Cannon play, she is competing in every moment. I really like her winning mentality.
"She joins a team full of that same intent to win." 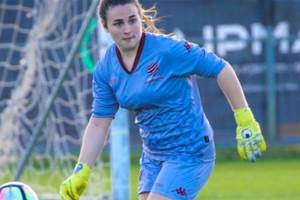 Brisbane Roar keeps preparing for the upcoming W-League season with the signing of Mia Bailey. 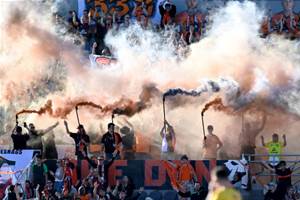