Brisbane Roar are burning the candle at both ends, re-signing their star striker and most 'durable' defender on the same day. And they're not afraid of setting expectations.

If you thought reigning second-placers Brisbane were due for a dip after the unexpected departure of Mel Andreatta, think again.

Or, at least, listen to the words from Jake Goodship's two newest signings first, the first of whom has proven to be one of the league's most lethal strikers over the past season.

“I’m excited to be back in the orange. It’s my fourth season so hopefully it’s fourth time lucky and we can go one step further this season,” Allira Toby said.

“It’s an expectation on my behalf [scoring goals] and I’m hoping to put a fair few in the back of the net.

“I’m excited to see what we can do [under new Head Coach Jake Goodship] and carry on the legacy that’s been created here previously.” 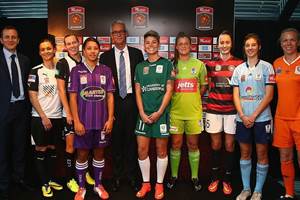 Exclusive: Where is the W-League Draw? FFA Explain

The draw for the 2019/20 W-League season still hasn’t been released, with less than a month before an expected kick-off in mid-November.

Natalie Tathem's no slouch either, offering an extra level of stability to the Roar backline. Like all of Andreatta's brilliant developments, she had to work hard for her spot.

So now she's got it firmly in her hands, she's planning on making the most of it.

“It was hard to get there and earn that starting spot week in, week out but I think after having a good season, I’m coming back with plenty of confidence,” Tathem said.

“I’ll just be focusing on working hard and trying my best to earn that spot.

“It’s hard I think without the more experienced players to lead the younger girls when things get though, but we have a great mix this season which will definitely strengthen our squad.” 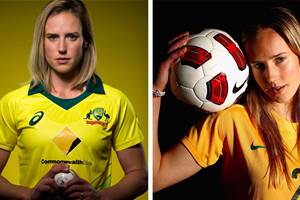 'I need a six pack after this!' - City hold Roar in opener