Bobo, who scored 27 goals in 27 games in a record-breaking campaign for the Sky Blues, took out Sydney's Player of the Year and Golden Boot awards.

Johnny Warren medallist Adrian Mierzejewski may have reason to feel hard done by, taking out Member's Player of the Year, but Bobo proved this season that he should be considered among the A-League's greatest ever strikers.

“I’m very honoured to be named Player of the Year,” Bobo said.

“I would like to thank all my team mates for their support this season, they have made it a very enjoyable season and have all played a part in these awards.

“I’m very excited now for the journey ahead and what’s in store. We have a very strong squad again and it will only get stronger, we are all very confident of more success.” 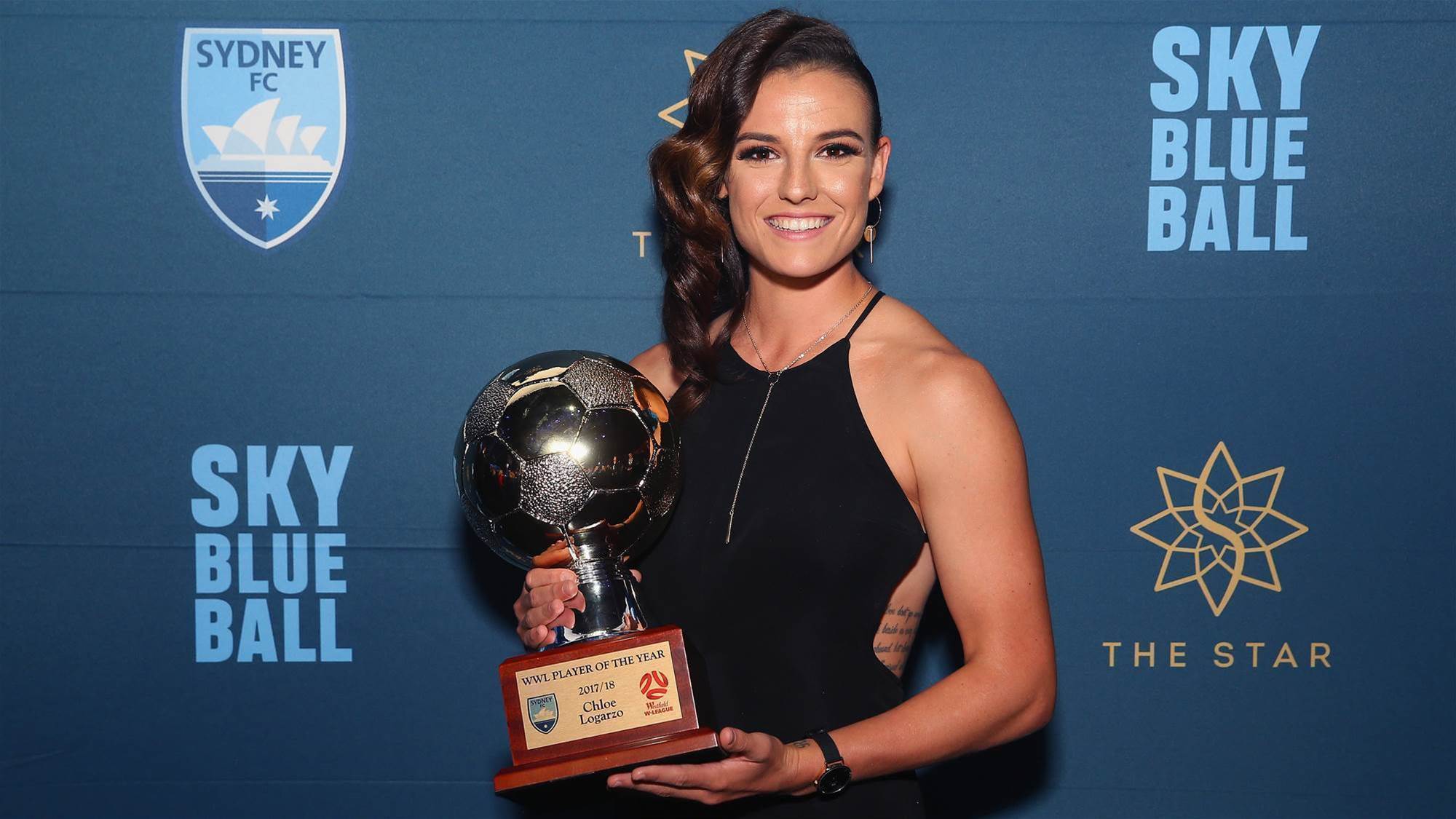 Similarly, Logarzo led her side to the 2018 W-League Grand Final through fantastic midfield performances, scoring three goals and registered seven 'key' passes throughout the 2017/18 campaign.

“I was not expecting this award at all, I’m over the moon,” Logarzo said.

“We had a great squad this year, everyone put in when it mattered and that showed with another Finals appearance for Sydney FC.

“The ending wasn’t what we had in mind but we’re all confident of going one better in season 2018/19 and I can’t wait to get started.”