She's one of our next generation or the 'now' generation as coach Rae Dower called them when she coached Canberra United.

She has racked up 28 appearances with Canberra and tallied 5 goals. In her 13 games for the Young Matildas she has netted three goals and captained the side.

Asked about the signing of counterpart Alex Chidiac to atletico Madrid, Maher was delighted.

"She's over the moon - we're so excited for her. It can be such a quick rise, from club football to W-League to national team. We're such an experimental age group and cohort. We were around the game when the Matildas were going through the heartbreak and hardship of not being paid fairly. We're aware of what benefits we're getting and why. We are grateful, and at the same time we're a bit frustrated."

Off-field, Maher's passion for coaching has surprised some in the game including Canberra United's coaching staff.

"Heather [Garriock] and Alex [Epakis] asked me what I do outside of football to wind down. 'Coaching' I said. They were surprised I considered coaching different from playing, but I feel that I get such a different perspective with the young girls. They love learning and listening to the experience I can pass on to them. I feel as a coach you're there to make the magic unfold, but then it’s up to the player to decide which ball to play." 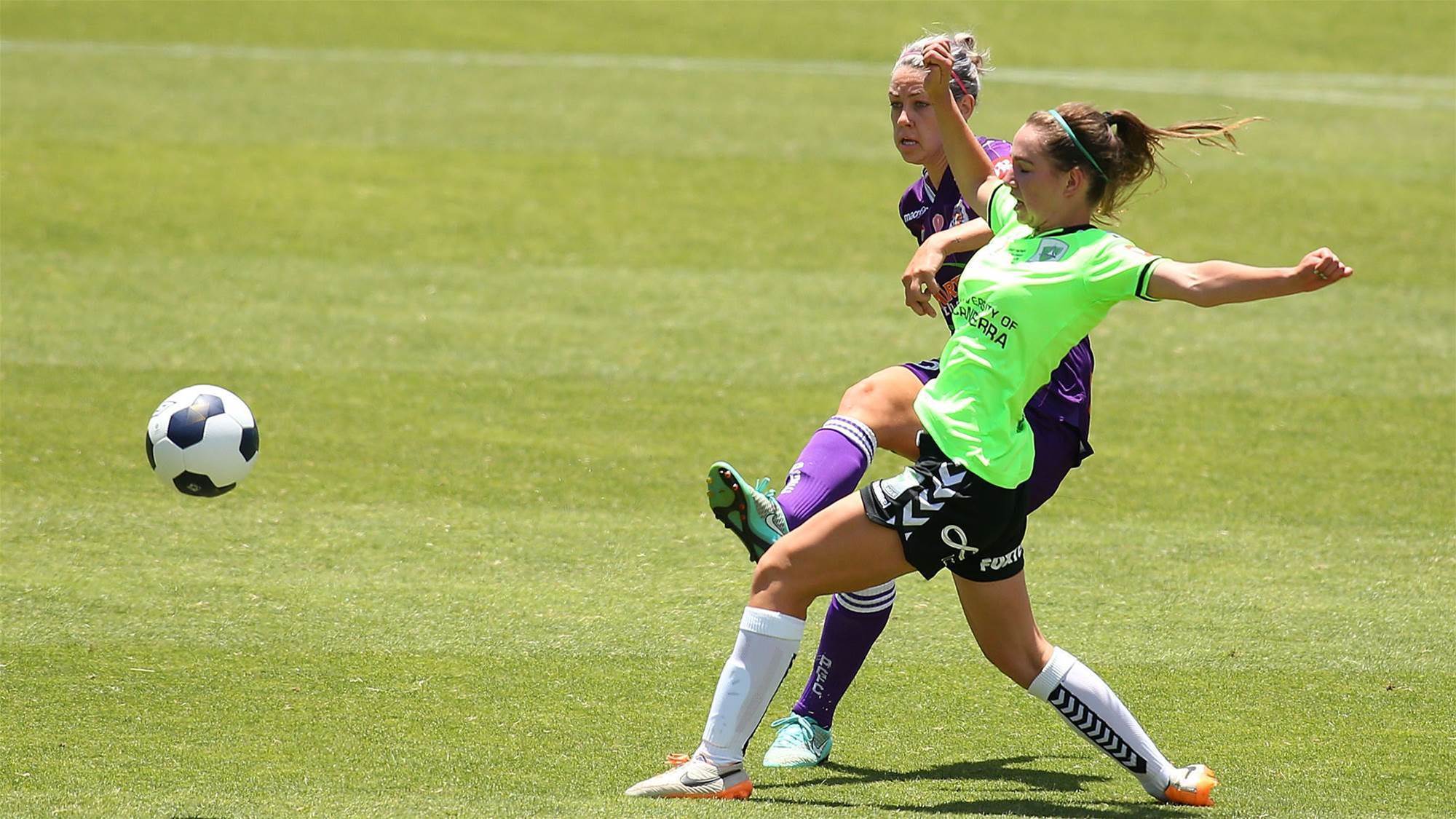 Maher's philosophy on coaching is clear.

"The coach is there to make tough decisions, work with the younger girls on technical aspects, but never to let people know they're not good enough. If that's radiated to the team, the trust disappears and the quality suffers. Under Rae [Dower], not once did I think she didn't believe in me and my ability," she said.

"When I'm with a team, I'm coaching them to play in any team in any style, to make sure tactically they're aware. I coach to make sure the player can make the decision and they know why they're making it."

"At the Young Matildas, Gary van Egmond told us we have to make the decisions as players. He said the coach isn't there to choose the right play for you, and when you make the decision, make it the right one for the situation," Maher said.

Passion for football oozes from Maher.

"I'm in love with the sport. I've passed that onto my family who weren't as obsessed with game before I started playing. Mum used to play and has been a volunteer at the club for so long now and Dad loves watching. My Dad and I  love analysing games. It's a real passion. Although my playing career might finish at 30 or 35, I'll have coaching," she said.

The response to the news that Maher would be leaving Canberra that she shared respectfully on social media recently was met with sadness and gratitude from Canberra fans and former and current players, coaches and staff.

Her intelligent approach to the game, commitment to the club and its fans, and talent on the field will be another club's gain.

Something tells me that, while she might be heading on a footballing journey that will grow her perspective and leadership in the game even more, this isn't the last we'll see of Grace Maher in the nation's capital.