After a two-decade absence from the biggest stage in women's football, Italy qualified for the Round of 16 after a 5-0 win over Jamaica.

However, if coach Milena Bertolini was asked a year ago about achieving this feat, she wouldn't have expected it.

"Honestly speaking, I would not have expected what we are experiencing here," she said.

"When we got that qualification there was a lot of hype in the media, there was a lot of talking about the team but then everything went back to normal again but what is now happening and what we're witnessing today is something I couldn't dream of."

The women's game in Italy has slowly developed over the last 20 years but more recently it's started to grow in leaps and bounds. 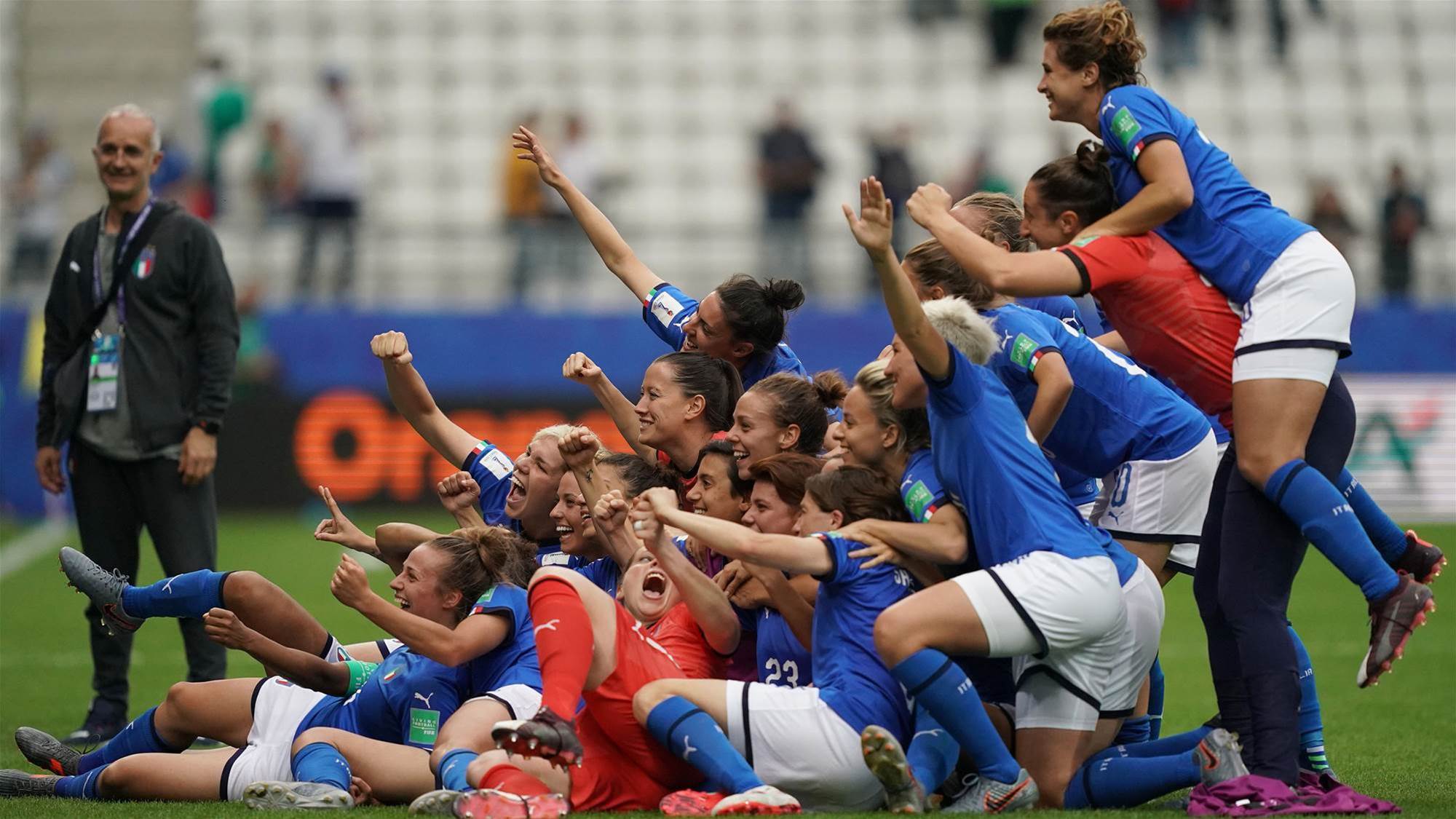 The Italian Football Federation, or FIGC, has been trying to get teams of Serie A to have a women's team with the like AS Roma, Juventus and Inter having invested heavily in their women's programs.

Women's Serie A matches are also on television with Sky Sport playing the Match of the Week.

However, in perhaps the biggest news, Italy’s last group match against Brazil is set to be shown live at prime time on RAI Uno. For those who don't know, this is the national broadcaster and most watched channel in the country.

While expectations might be growing on the team, Bertolini just wants to see how it all goes.

"We are here to try things out, one step at a time, one match at a time," she said.

"We want to see if we can win, we want to convey a very strong message nonetheless to Italy as a nation of what we can do and now we are getting that recognition.

"Now it's time to reckon with us about women's football so they can become a role model for young girls who want to start playing and they to one day can one day dare to dream to be part of the World Cup."