It was a mammoth rubber to open the Fed Cup World Group semi-final tie with Belarus taking the win 5-7 7-5 6-3 over Australia.

“Well, it was unbelievable. Thank-you everyone for supporting, it’s always an amazing atmosphere here in Australia,” Sabalenka said

“She [Stosur] played unbelievably, I couldn’t touch the ball from her and I tried my best against her.

“I think it’s easier to start with 1-0 and hopefully she [Victoria Azarenka] can get one more.”

From the first serve, fans from both sides knew they were in for a rollercoaster rubber.

Stosur broke in the third game but in what would be a running theme for the rubber, Sabalenka broke back almost immediately. 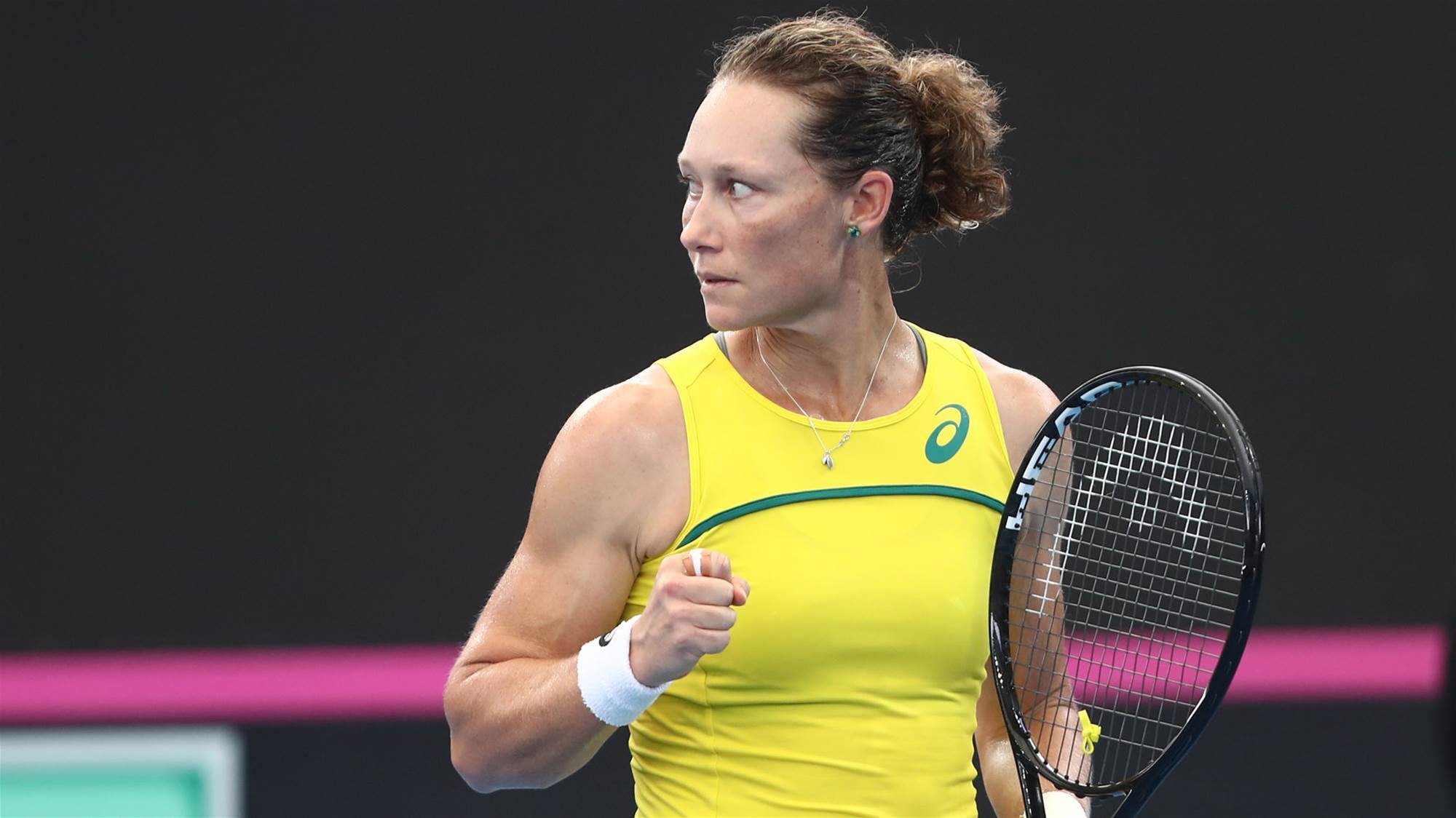 The Belarusian was brilliant in her returning but Stosur was able to capitalise on her shots down the side of the court to bring up the points. However, Stosur inability to serve out on sets proved to be crucial, particularly in the first.

As soon as Sabalenka was able to take a break on her own serve, she made use of it to win the opening set.

She would pick up where she left off for the second, taking an early 2-0 break but Stosur, who has one of Australia's best records in Fed Cups, fought her way back into the contest by taking three straight games.

However, double faults were a running problem for Sabalenka (she had 13) in the two sets.

Once again, Stosur wasn't able to serve out the set at 5-4 but just three games later, she made no mistake and sent it to a third.

While the deciding set started off like the previous two, Sabalenka was able to break in the fourth game. Stosur held onto two service points but the 20-year-old Belarusian was 5-3 up and served for the win.

"Obviously disappointed not to get through that one and win it but I don't think there is necessarily a lot that I can change so I'm really proud of the performance I put on out there," Stosur told media after the match.

It was the quickest set of the rubber, just 37 minutes compared to the two hours it took to complete the first and second.

The win takes off the pressure on Belarus and puts it right back on Australia for the second rubber.