Wanderers coach Dan Barrett has vowed to bring success to the club after a difficult W-League season.

It hasn't been an easy season for the Western Sydney team, finishing with the wooden spoon, the second since entering the W-League six years ago. They finished with their lowest goals scored (11) and points tally (4) in their history.

"It's been tough," Barrett said.

"There have been games where we should have got more out of it, whether it was our doing or things just go against you.

"Your start is important and that is something we certainly will be focusing on next season."

In a season with just 12 games, it's important to get points under your belt from the beginning but for the Wanderers, they only managed to get their first points of the season in Round 6.

They did have some close games that they could've taken points from but with a relatively new side including Barrett coming in as the head coach this season, it wasn't going to click in a matter of 14 weeks.

While a full home and away season is likely on the cards in the coming seasons, something that could help teams like the Wanderers in the future, the team just had to keep fighting as the season went on.

"I think that is one thing this team has continually shown is that whether we're down on the scoreboard or we're down in relation to missing players or we're down on confidence because we haven't been winning, we've always fought for the club and for the supporters.

"That is something I've been proud of from the group and it doesn't matter where we've been on the table or who we're playing, the focus is always there at training to go out there an get a result." 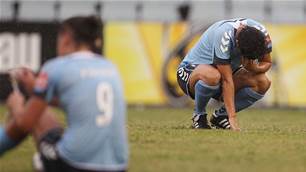