The Women’s T20 Challenge match will be played ahead of the first IPL qualifier at Wankhede Stadium on May 22.

Really looking forward to heading back to Mumbai early next week, another awesome development for women’s cricket. https://t.co/i325sn3j7p

The match will mirror the IPL with the sides made up of seven Indians and four overseas players.

“BCCI has been pulling out all stops to promote and nurture women’s cricket and this is a small yet significant step towards a prospective league involving women’s stars in the future," she said.

Women’s cricket is rapidly growing in popularity in India and the T20 Challenge will take the tentative steps towards a women’s IPL.

The Board of Control for Cricket in India hopes to introduce in the next two to three years. 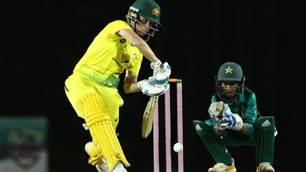