Alyssa Healy is in rare form, picking up her second player of the match award in a row after dominating the Irish attack to lead Australia to a nine-wicket victory.

The Aussies were clearly a cut above Ireland and will be filled with plenty of confidence going into the rest of the tournament.

Ireland won the toss and batted but struggled to score, posting just 93. Ellyse Perry’s extra yard of pace was troublesome for Ireland, and Perry ended with the best figures, 2/12 off 4 overs. Young leggie Georgia Wareham bowled with good control and had good fields set by captain Meg Lanning, which will be undoubtedly see her bowl with more confidence in the later stages of the tournament.

Australia’s chase went off without a hitch, as Alyssa Healy put on a show for the small Guyanese crowd.

Irish medium-pacer Lucy O’Reilly bowled five wides in the second over of the chase, in what turned out to be a microcosm of a tough day at the office for Ireland. From that point onwards, the match turned into the Alyssa Healy show, as the in-form keeper blasted eight boundaries in the next three overs to seal victory for Australia.

The fifth over was particularly eye catching, as Healy produced an array of shots that left Isobel Joyce with no answers. In that over alone, she hit boundaries from a leg glance, pull shot, on drive and cover drive.

What a performance! 💚💛 A comprehensive 9-wicket win over Ireland ➕ the fastest EVER #WT20 half century from Alyssa Healy! 🙌🙌🙌

Once Ellyse Perry came to the crease, elevated to number three undoubtedly to get some time in the middle, the game was over. Perry and Healy operated in singles, ticking over the scoreboard safely to ensure a comfortable victory.

The Aussies will verse New Zealand next and India after that in their bid to reclaim the World T20. 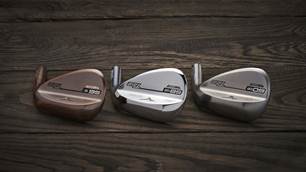