The Matildas kicked off their 2018 AFC Women’s Asian Cup campaign with a frustrating goalless draw against South Korea.

Australian fans were quietly confident when the starting XI was announced with the return of previously injured players Steph Catley and Hayley Raso to start while Kyah Simon and Emily Gielnik made their way onto the bench, the squad was looking fit and ready for action.

A battle of who could find the back of the net first was expected with the likes of South Korea’s top goal scorers Ji So-Yun, Lee Guem-Min, Cho So-Hyun and Yoo Young in the mix, it seemed as though Lydia Williams would be in for some hard work.

That was not the case and a different game was played, so what did we learn from the Matildas first clash of the Asian Cup?

1. HOW DO YOU PLAY A TEAM THAT DOESN'T WANT TO WIN?

A tactical defensive game plan by South Korea was seen in the first minutes of the game with commentators and players both showing frustration at South Korea’s attempts at time wasting.

They showed their hand early and confirmed they were there to park the bus, set up shop and hope for a draw.

By the end of the first half, the Matilda’s had seven shots on target to South Korea’s zero. 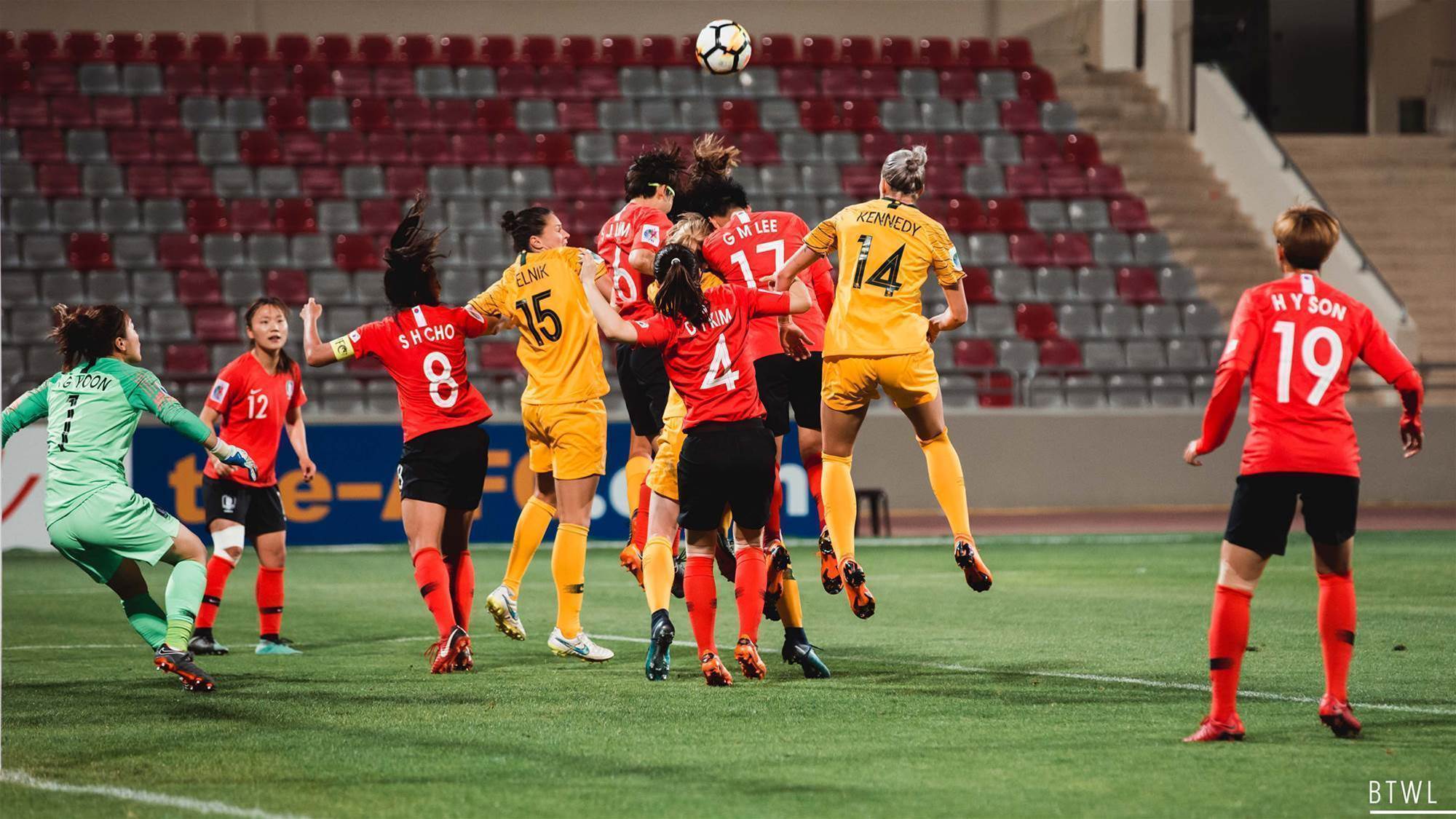 It was clear that an attack on Australia’s net was not a priority for the South Korean side, and the main goal was to run down the clock and lock Australia out.

Sam Kerr was swarmed by two to three players at every opportunity, with Captain Cho So-Hyun leading the charge to contain her.

For 80 minutes of the game, we saw anywhere from eight to ten South Korean players behind the ball against the Matildas, and none pushing forward to attempt to score.