The Aussies applied their winning formula once again, batting first, posting a massive total and then bowling India out.

Healy truly was the star of the show, striking 17 fours and two sixes in a dazzling knock which confirmed her place as a superstar of world cricket.

After being dropped on the boundary on 56, she never looked back, ending with 133 off just 115 balls.

With Australia posting 332, everything was going to have to go India’s way in the run chase.

The chase started off brilliantly, with Smriti Mandhana and 17-year old Jemimah Rodrigues taking India past 100 in the 14th over.

The next two balls saw both of them heading back to the pavilion as Ash Gardner struck with successive deliveries to swing the momentum of the match.

From there India never recovered and eventually were dismissed for 235 – 97 runs short of the Aussies. Gardner was the pick of the bowlers with 3-40.

The five match T20 series between the two teams and England begins on the 22nd of March. 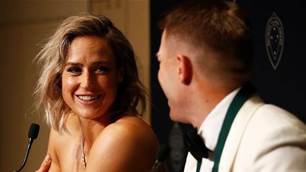