Canada has thus become the first nation to pull out of this summer’s Olympic Games.  It is unlikely it will be the last.

This announcement comes hours after the International Olympic Committee announced talks to consider the possible postponement of this summer’s games.  Scheduled to commence on July 24th, in just over four months, the IOC had stated earlier today that they would start four weeks of talks on the subject of a possible postponement.

No new Games timeline or postponement date was specified in the announcement of the talks.  The Canadian Olympic and Paralympic Committees have for their part urgently called on the IOC to delay the Games by one year.

It seems inevitable now that an Olympic Games delay will take place.  Health and safety reasons aside, which should not be understated, individual countries and the Games itself are facing serious logistical problems to get their athletes to this summer's event.

At present, there are still a large number of events in which nations and athletes have yet to qualify for the Games themselves due to cancellations and postponements of qualification rounds at the international level. Events that do not have a finalized nation list include Archery, Baseball, BMX, Handball, Judo, Rowing, Sailing, Volleyball and Water Polo.

At the national level, there are also a large number of nations that have cancelled or postponed internal qualifications for national team spots in other sports for the Olympics.

Selection issues aside, the ability of athletes to continue training with large parts of the world currently facing social distancing measures has also come into question.

Australia had announced earlier this week its plan to set up quarantine camps in which its athletes could train in preparations for the upcoming games.  Whether this would be feasible for all nations, considering both costs and the legality of such efforts in other countries, also raises questions as to whether a July 24th opening is in any way possible.

The Australian Olympic Committee has since seemed to change its opinion as to the feasibility of such quarantine camp plans.  They have today sent out a media release stipulating that the AOC Executive Board has "unanimously agreed that an Australian Team could not be assembled in the changing circumstances at home and abroad."

The release further states they the AOC does not believe that the Games cannot take place in July and informs Australian athletes to prepare for a Tokyo Olympic Games in the northern summer of 2021.

The Australian Olympic Committee has not gone as far as their Canadian counterparts and completely pulled out their team from a potential 2020 Games. So for now, should the Games go ahead as planned, what we do know is no maple leaf will be present. 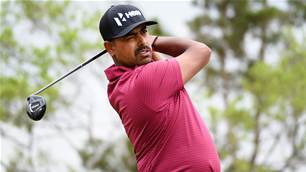 Olympic golf is missing some stars