The joint Trans-Tasman bid to host the 2023 Women's World Cup is favoured to get the nod when the hosting decision by FIFA is made this week.

As Australia and New Zealand await the FIFA Council's decision on the 2023 Women's World Cup host, those involved in the joint bid are confident but vow to keep working till the last minute.

The Trans-Tasman bid is strongly favoured to succeed when the choice between remaining contenders Australia-New Zealand and Colombia is made early on Friday AEST.

As always with Australian football, optimism is tempered with a level of caution.

FFA CEO James Johnson draws on experience as a fan when the Socceroos had World Cup qualification snatched away to ensure nothing is taken for granted.

"We can learn a lot from our game's history.

"I certainly remember sitting in the stand of the MCG in 1997 when we were 2-0 up against Iran with 20 minutes to go - and we didn't end up going to France.

"Our goal has been to convince the FIFA Council members who vote on the merits of our bid and we're continuing to work on this into the late hours of Thursday evening when the meeting starts."

The 37-member FIFA Council - 35 of whom can vote - will meet via video conference from 11pm Thursday AEST, with the Cup host vote the final agenda item after both bidders deliver final presentations.

Australian bid staff will await the outcome in the FFA offices in Sydney, with their NZ Football counterparts gathered in Auckland.

There is plenty of cause for optimism.

Their chances were boosted when Japan withdrew from the running on Monday and threw support behind the Australia-New Zealand bid - effectively shoring up support in Asia.

Brazil pulled out of contention earlier this month.

The joint bid plans to host the first 32-team Women's World Cup across seven cities in Australia and five in New Zealand, with the opening match in Auckland and the final in Sydney.

Australia and New Zealand received the highest score in FIFA's technical evaluation of the three bids - earning 4.1 out of five in the report, Japan (3.9) and Colombia (2.8).

FIFA's commitment to an open voting process also holds the joint bid in good stead - compared to Australia's ill-fated bid to hold the 2022 World Cup - given its strong technical evaluation.

"It's a far more transparent process than what the processes were last time we were in this situation in 2010," Johnson said.

"Our focus has been on the merits and not the politics, that's the way we have been from day one."

If Australia and New Zealand are successful, Johnson is confident the Women's World Cup can deliver for both countries, as well as world football.

The cross-confederation bid already has $A109 million of committed government investment and has forecast a $460 million social and economic benefit for the two countries.

"You just have to look at some of the metrics, and just having over a billion eyeballs watching a tournament on our shores is going to bring serious attention - both domestic and also international attention - to our game," Johnson said.

"The actual report describes our bid as the most commercially-favourable proposition - and that is commercially favourable for FIFA but also for Australia and New Zealand." 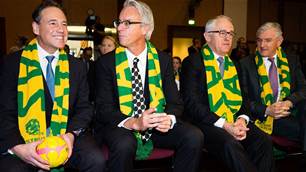 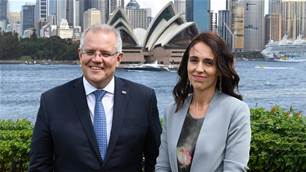