Jones arrives at City after W-League stints at Newcastle Jets and Adelaide United.

But the 23-year-old also played for Chinese second tier side Guangdong Soka and says she matured as a result of the top notch quality she faced in China.

“The NPL is difficult coming from such a high standard like the W-League or China and realising certain players can’t do certain things,” Jones told The Women’s Game.

“Just from that perspective it makes it harder, but individually, it makes you work harder and fitness wise it’s good too.

"China was very hard. It was a huge learning experience, not just football wise, but as a person. I didn’t know anyone there and I just took a leap of faith basically.

“It was just having that composure and realising what a professional environment is – trying to train, eat and recover properly and how to be a proper athlete.

"I don’t think we get taught that. When you’re younger, you’re not in a professional environment long enough to really experience or know what you’re doing. 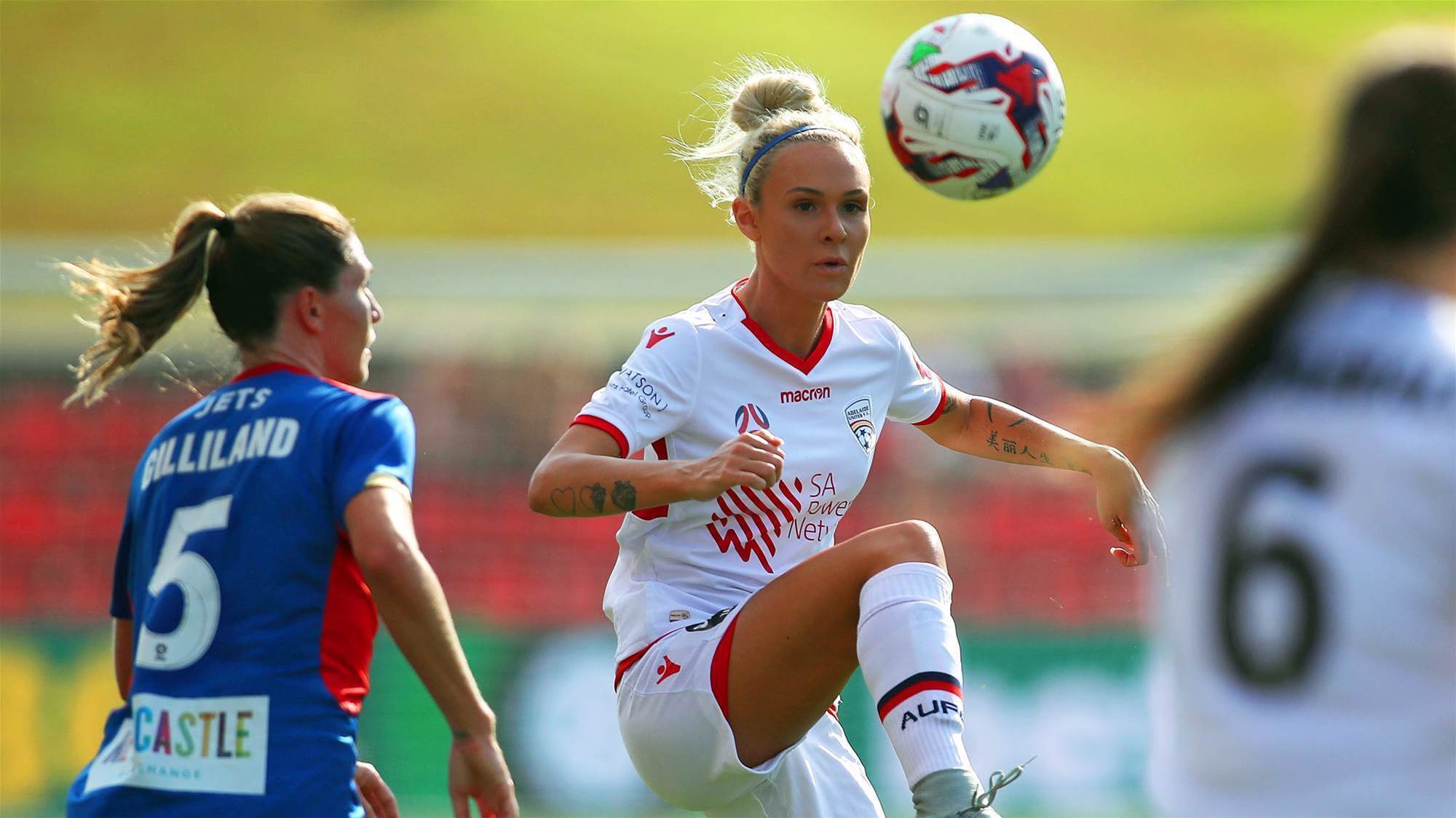 Jones in action for the Reds last season

“The standard is awesome, their technical ability is so much higher than our general technical ability. In the W-League, you have your standouts and then you have those players that are still good, but they’re not excellent, so there’s that gap.

“In China, there’s no gap, everyone has a general standard that’s high. It was good for me if I wanted to get technically better – there was already a standard there I needed to reach regardless.”

Jones is determined to break into the club’s starting XI and is relishing the challenge of competing with her teammates.

The 23- year-old was substituted on for Janna Lawson in City’s 2-0 loss to Canberra United last week as the Melburnians were missing a number of key players.