The Women's Game is back with a small update on the overseas and domestic Matildas players from the past 11 days.

Sam Kerr played full minutes in both Chicago's games with a 2-0 to Orlando Pride and 1-1 draw to ladder leaders North Carolina Courage.

Kerr gave Chicago the lead against Courage with a sweet strike in the 37 minute.

Katrina Gorry was part of the Utah Royals fire ever franchise win after they were founded in December last year. They were able to overcome Washington Spirit in a 2-0 victory

Royals and Pride played out a scoreless draw this morning with all three Aussies getting a run but the game will be remembered for Gorry's attempt to stop Alex Morgan.

The Aussies at Portland Thorns did not get a run against Seattle Reign with both Caitlin Foord and Hayley Raso still recovering from injuries while Ellie Carpenter remained an unused substitute.

Carpenter made her NWSL debut and became the youngest player ever to play in the competition when she replaced Kelli Hubly in the Thorns 1-1 draw with Houston Dash.

71' - @CarpenterEllie makes her Thorns and @NWSL debut coming in for @kellihubly. Carpenter becomes the youngest player ever to appear in an #NWSL match at 18 years and 11 days. Score is 1-1. #BAONPDX pic.twitter.com/wWlGpAefEa

It was Simon who got the equaliser in that game, her first for the season and her 20th goal in NWSL and WPSL Elite combined.

Steph Catley was the lonely Australian in the fixture against Portland but played full minutes in Seattle Reign 3-2 victory while goalkeeper Lydia William was an unused substitute.

Tameka Butt played a full game for Klepp IL in their win against Trondheims-Ørn and was also part of their 3-0 win against Vålerenga before being substituted in the 79th minute. Her side sits second on the Toppserien ladder, six points behind the leader

Arna-Bjørnar drew 1-1 with Kolbotn with Mackenzie Arnold playing between the post.

Elise Kellond-Knight was part of Hammarby 1-0 loss to Eskilstuna United but the side still sit within the top four.

According to the Hammarby Fotboll match report, Kellond-Knight struggled in the central midfield position but did try to go forward to help her team after Eskilstuna United scored. Her freekick late in the match went close to going in the goal.

Aivi Luik was IFK Kalmar first win of the season against Vittsjö but a 1-0 loss to Kristianstad has them second last in the table.

In NPL Vicotria, Laura Alleway played a crucial role in Geelong Galaxy United's 3-2 win over Bayside United but did not play against Calder United. Meanwhile, Lisa De Vanna re-signed with South Melbourne earlier last week but has not made an appearance yet.

In NSW, Caitlin Cooper signed with the Illawarra Stingrays where scored two goals against Bankstown City in her second match for a win 5-0. Blacktown Spartans FC acquired the talents of Chloe Logarzo who played her first match over the weekend, which was a win over Sutherland Shire FA.

|| CHLOE LOGARZO || It is with great pleasure we announce the signing of First Grade Women’s Player, Matilda and W-League Player Chloe Logarzo! Chloe has signed with Blacktown Spartans for the Women’s National Premier League 2018 season. We are excited to watch Chloe in action and look forward to seeing her wear our Spartans jersey throughout the season! After speaking with Coach Stephen Peters he said, “As a club we are excited to see what Chloe will bring to the team and look forward to watching her play alongside the rest of Girls the throughout the season.” Chloe will make her Spartans Debut tomorrow when the Women take on Sutherland Shire FA at Harrie Denning Centre ⚽️ #SuperSpartans #YTG

A post shared by Blacktown Spartans FC (@blacktownspartansfc) on May 5, 2018 at 2:46am PDT

Cooper and Logarzo teams will come up against each other this weekend.

Michelle Heyman is also the NSW NPL Women's competition after signing with the Northern Tigers back in April. She played her first match on the weekend alongside former Canberra United teammate Ellie Brush for a 2-1 win over NWS Koalas FC.

Goalkeeper Casey Dumont is also in the NSW NPL with North Shore Mariners where she has played four games so far this season including the sides 1-0 loss to ladder leaders Manly United FC last weekend. 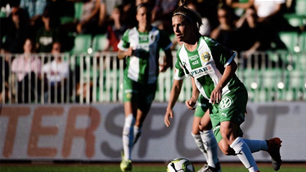 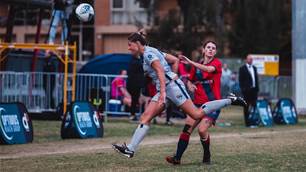 Aussies abroad and domestic wrap: May 11-13