Sydney FC head coach Ante Juric has criticised his side forgetting "the little things" in their narrow 2-1 loss to title contenders Melbourne City, in what he described as a 'weird' match at Cromer Park.

Sydney FC had to fight their way back into the game only three minutes in courtesy of Emily Van Egmond's cool finish into the bottom left corner. It was the first time the Sky Blues had gone behind in a match this season.

They wrestled back through Sofia Huerta just before the end of the first half, but Milica Mijatovic sent Melbourne City joint top with Western Sydney Wanderers with a 75th minute volley.

Juric was perplexed at the tempo and flow of the game despite his sides chances.

"I thought it was a weird game," said Juric. "I think we dominated the first 15 and they scored, then they dominated and we scored, it was a bit up and down.

"The execution wasn't good, defensively we were standing off two or three metres, it's only the little things.

The match was even, with Sydney's 14 shots to City's 12 and an incredible number of tackles on either side halting attacks.

Sydney's loss was water off Sofia Huerta's back who wasn't worried about going down to a quality side early in the season.

I'd rather get an L (loss) early in the season than later," Huerta told The Women's Game.

When asked about whether a loss to their title rivals may be the difference in a premiership race, Huerta payed no mind to the regular season scrap, saying: "I don't remember which place we were in the regular season last season and I know we didn't end up first, so i don't think it really matters." 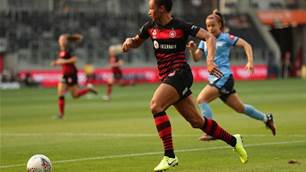 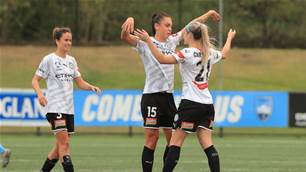 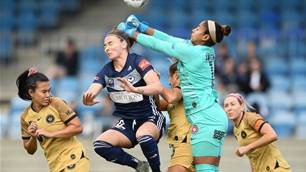