Alanna Kennedy was on the winning side of the last two W-League deciders but dusting off Perth Glory 4-2 today was definitely the sweeter.

Last year, she lined up for Melbourne City against Sydney in the Grand Final helping them to the W-League three-peat.

“I think the difference is that this is my home team, my home club that I played for a long time,” a jubilant Kennedy told Fox Sports post-match.

The 24-year-old said Sydney were "quietly confident" going into the match which was played before a W-League record 6,127 crowd.

"Obviously up against Sam and Rachel Hill it’s never going to be easy and you can never switch off (but) I think with the job the whole team did today it was never really in doubt.”

Kennedy was in the line-up for Sydney when they last lifted the trophy in 2012-13 and she admitted being there when they ended the drought was special.

“It’s been a while since we’ve won one here so I’m really happy.”

Sydney’s American imports did the damage in attack with Sofia Huerta opening the scoring (6') before player of the match, Savannah McCaskill, chipped in with a stunning brace (41', 61') .

Chloe Logarzo sealed the win with a belter (70') before being subsituted late on with an ankle injury.

Kennedy said she spoke with Logarzo post-match and was confident the Matildas midfielder would be able to back up for the Cup of Nations which kicks off on February 28.

Glory always looked in with a shot until the home side slotted in their fourth. Kerr equalised from the penalty spot (23') to make it 1-1 before Alissa Mautz reduced the deficit to 3-2 (68') . 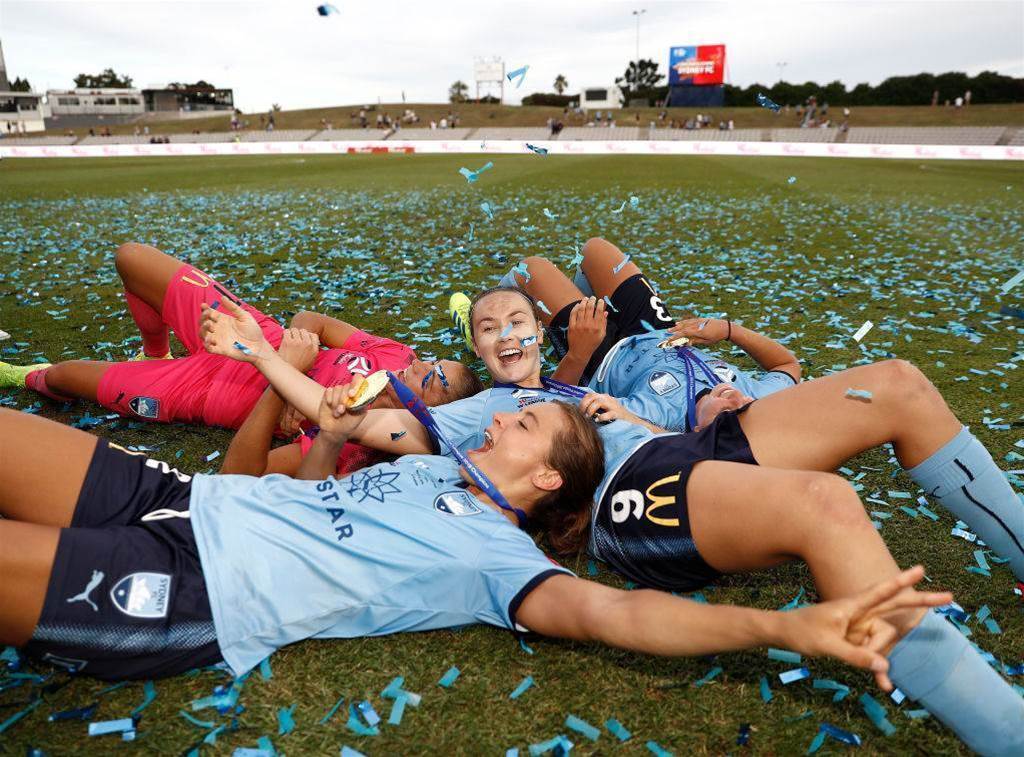 Meanwhile the next big battle might be who takes the trophy home with Aussie international Caitlin Foord planning a trip back to Epping with the sought-after silverware.

Kennedy had other ideas, however, suggesting: “It will go right up on our dining table because we’ve got nothing else there.”