The Aboriginal XI Women crushed the National Cricket Conference by 137 runs at the 3aaa Country Ground in Derby today.

The Aboriginal XI were sent into bat after losing the toss and suffered an early set back with star opener Hannah Darlington bowled for just three.

Darlington’s dismissal brought skipper Ashleigh Gardner to the crease as she combined with Sara Darney.

The pair made their intentions clear and Gardner belted the first century of the tour off 60 balls. 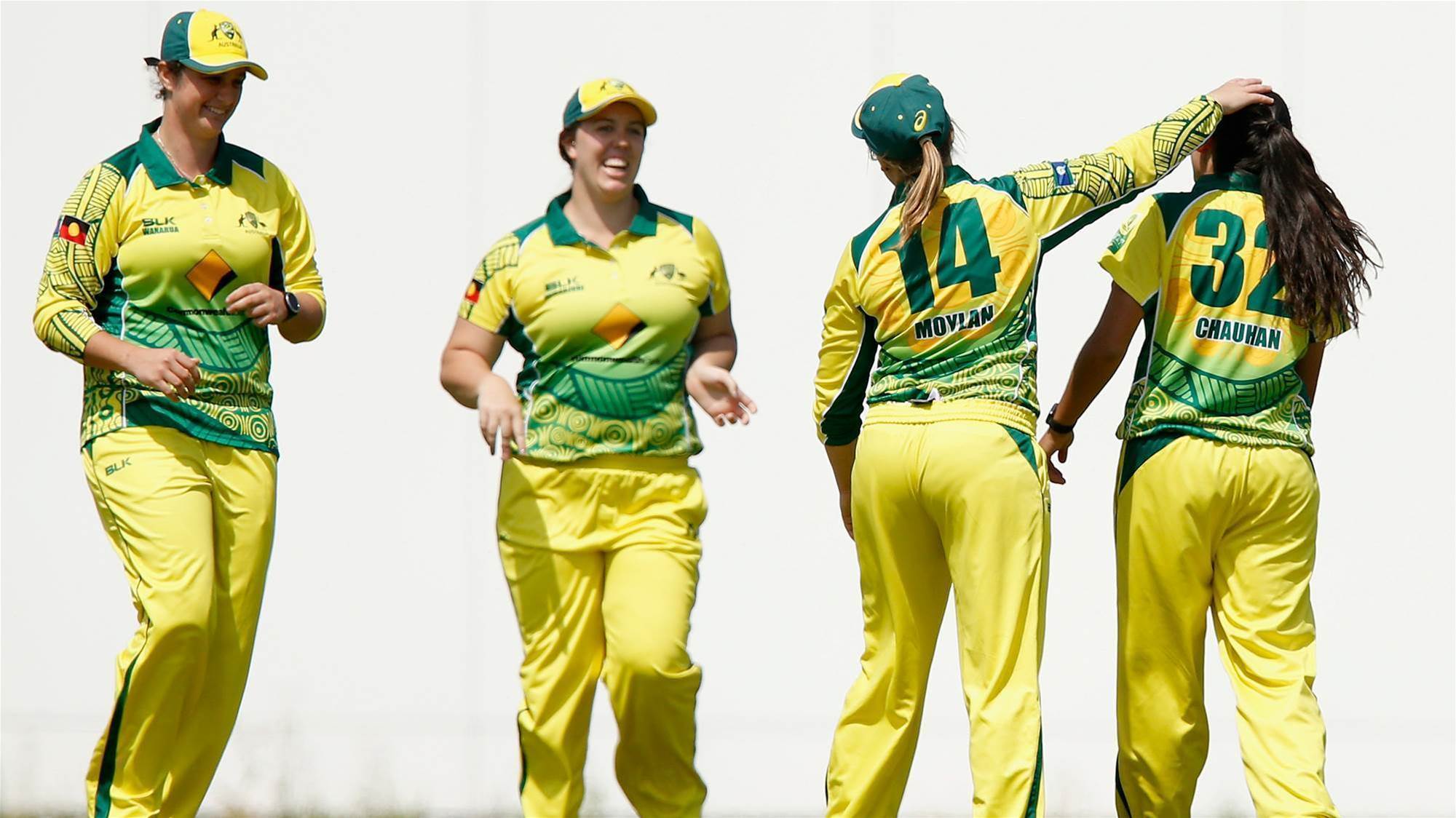 In reply, bowling from Darlington and Woods kept the run rate to around 3.00 off the first five overs for NCC before Zoe Fleming put the game beyond reach claiming two quick wickets on her way to figures of 2-13 off fours overs.