Wellington Phoenix say the time is right field a team in Australia's W-League to open a professional pathway for Kiwi and Pacific-based players.

Wellington Phoenix have announced their desire to field a team in Australia's W-League.

Buoyed by the growth of women's soccer in New Zealand and the possibility of co-hosting the 2023 Women's World Cup with Australia, Phoenix general manager David Dome said the time is right to push for a W-League licence.

The concept has been mooted for several years but Dome said significant commercial progress had been made before the coronavirus pandemic interrupted sport.

He is working closely with NZ Football, who regard a progressional team as critical for the development of the 23rd-ranked Football Ferns national team, as well as providing a pathway for junior talent.

The biggest barrier is financial, with Phoenix owners wanting the team to be cost-neutral.

"'We had made significant progress pre-COVID and if we are to look at this positively, we have a very sound base to continue to build from," Dome said.

"More so than ever there are some significant financial and logistical challenges around professional sport but I believe that with the strong support of some key stakeholders, and most importantly of all the added prospect of a FIFA Women's World Cup in Australia and New Zealand in 2023, this is an unprecedented and unique opportunity that may never present itself again."

Any Phoenix women's team would probably be based in Australia because of the prohibitive costs of regular trans-Tasman travel.

Of the 11 current A-League clubs, only Wellington, Central Coast and the newly-formed Western United don't compete in the W-League. Central Coast contested the inaugural 2008-09 season but were dissolved a year later.

Oceania Football Confederation general secretary Franck Castillo threw his support behind the push, saying the Phoenix could be a pathway for players in the wider Pacific region. 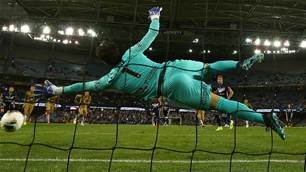