They include Keeley Davis, Jess Sergis, Holli Wheeler and Hannah Southwell from the St George Dragons, Tazmin Gray from the Sydney Roosters and powerhouse winger Julia Robinson from NRLW Premiers, the Brisbane Broncos.

Jillaroos coach Brad Donald said Davis, a product of the Tarsha Gale Cup and the youngest player in this year’s NRLW was excited to be called up for national honours for both the Prime Minister’s XIII and Jillaroos.

“We get younger players like Keeley Davis, who was outstanding at the St George Illawarra Dragons... I can tell you she was extremely excited about being in the Prime Minister’s team when she came in for medicals on Wednesday," Donald said.

“So I can only imagine how excited she’s feeling and her family and it’s a great feeling they understand the magnitude of pulling on the green and gold jersey," he said. 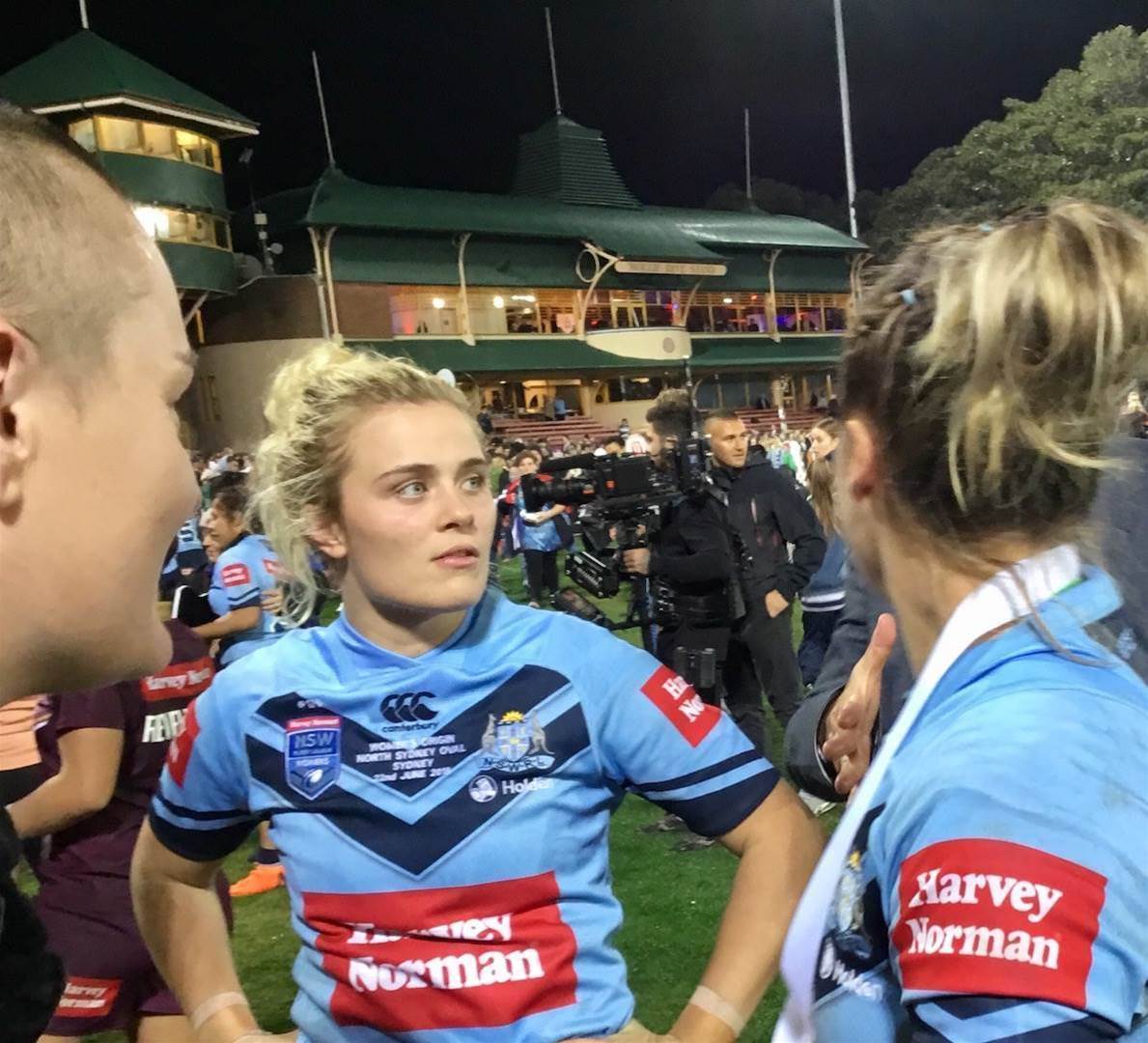 Davis, Southwell (pictured) and Wheeler will come under the expert tutelage of PM’s XIII skipper Rebecca Young this week when they all assemble as members of the PM’s XIII for that trip north to Port Moresby to play against the Papua New Guinea Orchids.

Young was instrumental in the development of Southwell and Wheeler from playing club football at CRL Newcastle to plying their trade together on the bigger stage of representative rugby league for NSW Country at nationals in Queensland and then NSW in the women’s Origin at North Sydney Oval.

Now they’ll reunite in national colours in PNG after Southwell and Wheeler’s impressive form in the NRLW.

Davis, Southwell and Wheeler will then regroup to play under their St George Illawarra Dragons skipper and experienced fullback Sam Bremner, who’s been named as Jillaroos captain for the first time.

The Jillaroos squad is made up of seven players from the Dragons, six grand final winning Broncos and five Roosters.

As happy as Donald was to have new charges in his squad, he said there were difficult phone calls he had make to notable omissions, including Roosters players in former Jillaroos skipper Ruan Sims, Queensland State of Origin captain Karina Brown (pictured below) and her Blues nemesis and off-field partner in Vanessa Foliaki. 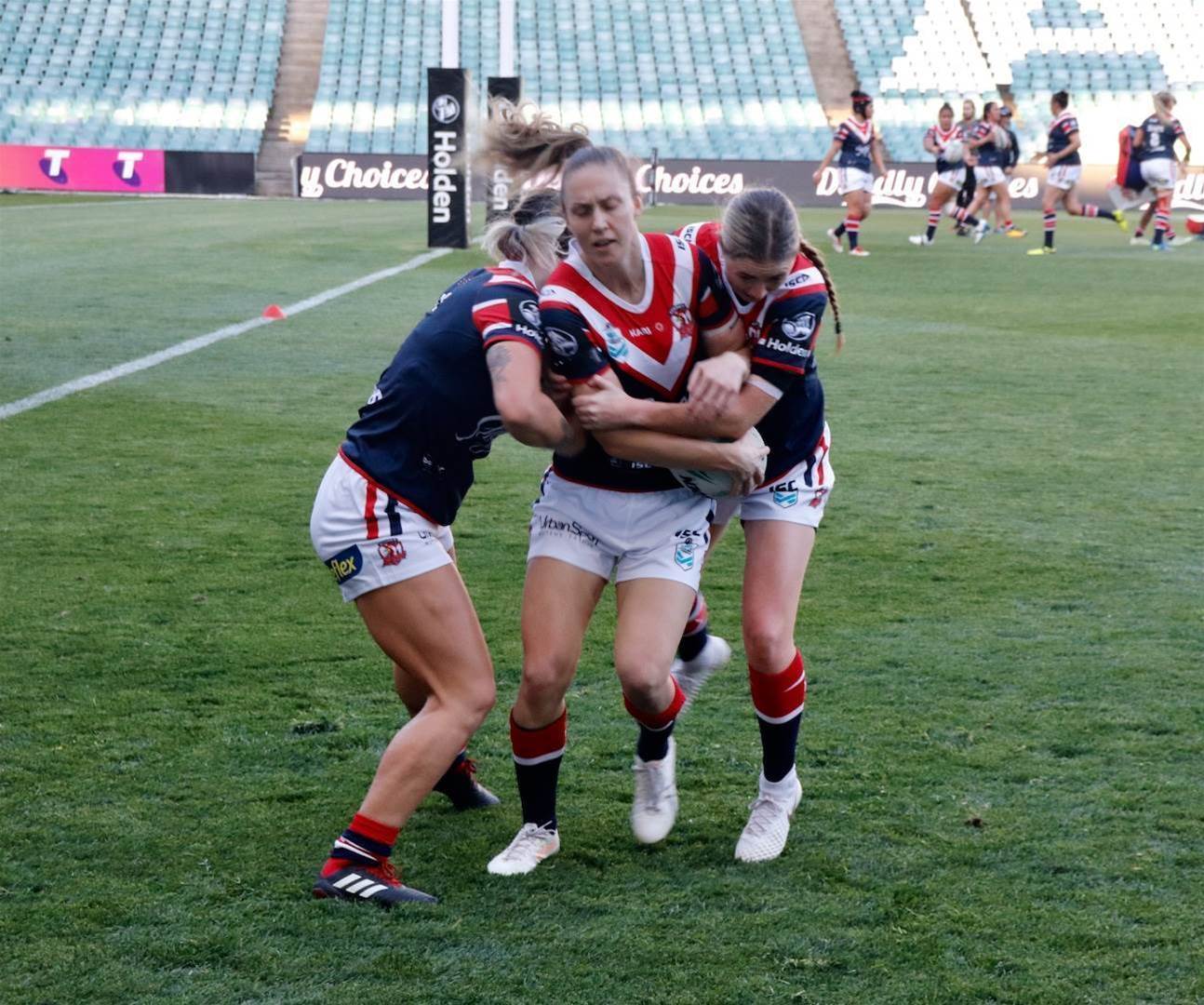 “It’s difficult not to make emotional decisions when you care about those players. we’ve done an awful lot including getting this (NRLW) competition up and running over the last twelve months, so I’ve made all those phone calls and they’re not easy ones, but I feel we’ve got a mutual respect that the competition’s brought out a whole new breed of players and that’s what they’ve wanted to see and I wouldn’t be surprised if you see all three of those players back in Jillaroos colours in the next 12-24 months because they’re competitors and they’ll be better for the experience," he said.

Nita Maynard from the Roosters and the 2017 World Cup’s leading try scorer in Honey Hireme and Raecene Mcgregor, both from the Dragons round out the 19 player squad.