The outset of the new decade is an exciting time for women’s football in Australia.

The prospect of Australia hosting a FIFA Women’s World Cup with New Zealand looms on the horizon, and Matildas fans are eagerly anticipating the rescheduled Tokyo 2021 Olympic Games.

With a squad boasting proven talents like Sam Kerr, Hayley Raso, Steph Catley and Clare Polkinghorne, the current generation of Matildas is not lacking for star power, but the future of Australian female football is also in safe hands.

These five women, all aged 21 or under, will come to dominate the Australian footballing landscape in the 2020s. 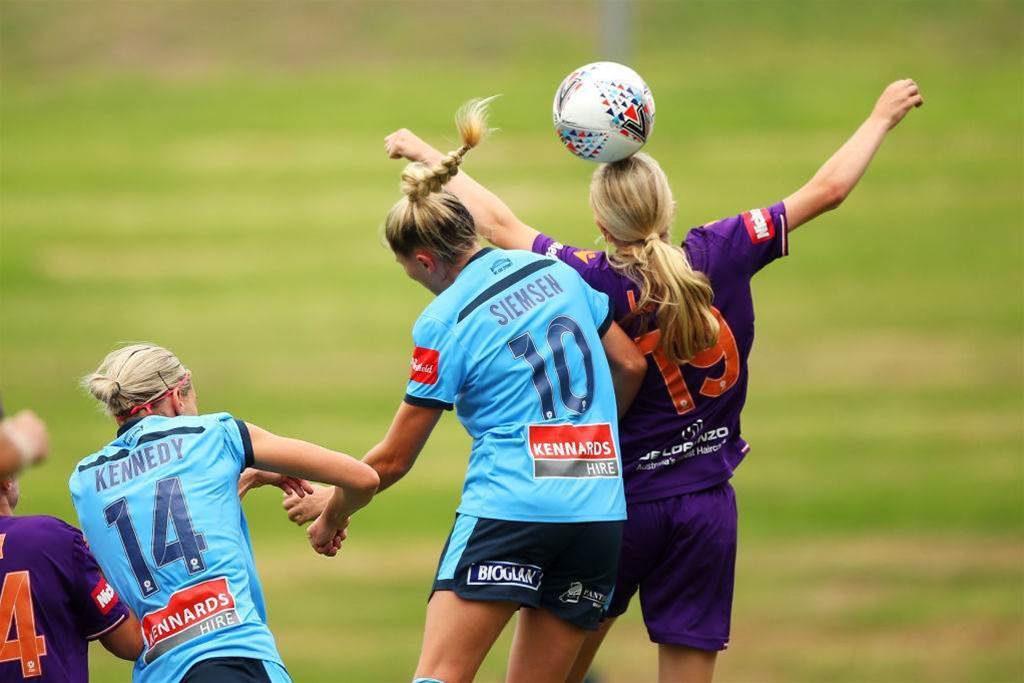 The youngest player on this list, Hana Lowry, is not as well-known as her Matildas-capped counterparts, but the talented Western Australian has already established herself as a star for the Junior Matildas.

Lowry’s first major accolade came when she was named Player of the Tournament in the Junior Matildas successful qualification for the 2019 AFC U-16 Women’s Championship.

She followed those performances with a starring role in the Junior Matildas’ tour of the pacific, netting a hat-trick in the victory over Vanuatu U19s. This performance prompted Junior Matildas Head Coach Rae Dower to describe Lowry as a “prodigious young talent.”

Playing as a number ten at the 2019 AFC U-16 Women’s Championship in Thailand, Lowry led Australia for goals scored with three, as Australia reached the semi-finals for the first time in over a decade.

Her success on the youth international stage has led to increased opportunity domestically.

A Football West NTC product, Lowry was awarded a scholarship to train with Perth Glory throughout the 2018-19 W-League season. She built on that experience securing her first full W-League contract with the club in 2020.

Lowry repaid Glory’s faith scoring her first W-League goal on starting debut against Newcastle Jets. Her powerful header from just outside the six-yard box showed that she could hold her own against older and more experienced bodies.

With the bulk of her career ahead of her, the creative playmaker still has years left at youth international level during which senior opportunities will almost certainly present.