A team of individuals

If there is one positive to take from a shellacking, it's the individual technical quality of our players. As noted, North Korea is a standout in this age group and the epitome of Asia's incredible knack of developing well-rounded, exciting young prospects.

But the Young Matildas could match them woman-on-woman. It's no less than should be expected, given this team possessed (arguably) some of the finest young players in the world.

Bags of Matildas experience and World Cup look-ins shouldn't be underestimated and as a result, the expectations rise accordingly. While defensively we were thoroughly outplayed in the first half, that resolute stubborness appeared to work its way back into the team after half-time.

For our most competitive period of the match, the major problem appeared to be our link-play between midfield and attack.

Kyra Cooney-Cross, Mary Fowler and Susan Phonsongkham were all guilty of going alone too regularly, attempting to dribble through mutiple opponents and more often than not, leaving holes and creating dangerous counter-attacking opportunities for Korea.

This was not, however, entirely their fault. Fowler particularly was offered very little support at key moments, often left to her devices somewhat inexplicably given the Young Matildas were chasing the game. 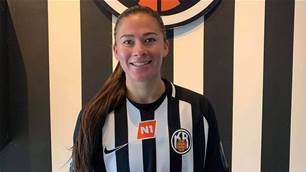