Football Ferns veteran Annalie Longo has joined Melbourne Victory, saying the W-League can continue to improve her as a player.

Longo makes seven as Victory begin to formulate a squad for the upcoming W-League season, with the reigning Premiers hoping to go one better and make the 2020 Grand Final.

The 28-year-old is excited to join one of the W-League's biggest clubs.

“I’m really excited to join such a well-established and professional environment,” said Longo.

“The club and players have made me feel very welcome, and I’ve been really impressed with the overall standard and the resources Victory have provided.

“I’m looking forward to the challenge of an elite environment where I can continually learn and improve my game.”

Victory coach Jeff Hopkins is hoping for big things from the record-breaking Kiwi, who has won 120 caps for the New Zealand national team since becoming the country's youngest ever international at just 15-years-old.

“We’re very pleased to have Annalie with us this season and I know she’s just as excited to be here too,” said Hopkins.

“Annalie is obviously a very talented player, but it’s her leadership and experience that will also be an incredible asset to our side this season.

“She has accomplished plenty in her career having played in four FIFA Women's World Cups, so her return to the W-League and in particular to Victory is fantastic.” 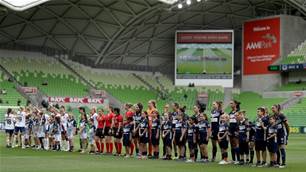 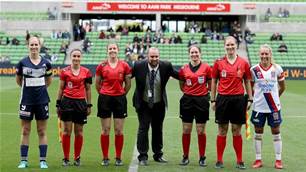