There are growing calls for Western Sydney Wanderers’ midfielder Ella Mastrantonio to be drafted into Ante Milicic’s Australian squad for next year’s Olympic qualifiers, ending a 11 year international drought for one of the best technical players in Australia.

Ella Mastrantonio should be in the Matildas squad sooner rather than later according to many football experts. The 27-year-old has been in fantastic form in the opening three rounds of the 2019/20 Westfield W League season, and her inclusion would add plenty of depth and balance to the Matilda’s line up.

Her last cap for Australia was in 2008 as a 16-year-old. She has played a total of six internationals, the last of which was against Vietnam in the Matilda’s triumphant ASEAN Football Federation Championships campaign.

“Ella is one of the most complete examples of a footballer...technically gifted, hard working and a player that you can compare to the likes of Pirlo, Iniesta and Xavi,” praised Gallo.

“She adds that technical prowess that we are seeing in the Asian nations, and I firmly believe we should be ensuring our programs are developing more players of Ella's technical ability.

“As it was evident of how much we are lacking during the recent women’s Asian club cup games, which was really felt that they were a level above us.”

Gallo’s praise has been echoed by many others with Wanderers’ coach Dean Heffernan last week describing Mastrantonio as having one of the best techniques in football, male or female.

“The Maestro” as she is known amongst her team mates has been a key link up player between defence and attack for the Wanderers. Her ability to track back in defence, provide an outlet for the back four, whilst being creative in the middle and setting up the likes of Kristen Hamilton, Denise O’Sullivan, Kyra Cooney-Cross and Lynn Williams has been fabulous to watch this season.

Mastrantonio has completed 173 passes with an accuracy of 86% in the first three rounds. She also heads the charts for touches with 228 at a remarkable average of 76 per game.

To prove her all round ability, she also has four intercepts, 10 tackles (70% success) and has won all 13 of her duels in the middle of the park.

Against the Roar last Thursday she had 10 crosses while against Newcastle the week before was involved in creating four scoring chances (eight overall this season which is third in the league).

Her all round ability and consistency would go a long way to helping Australia get to Tokyo 2020. 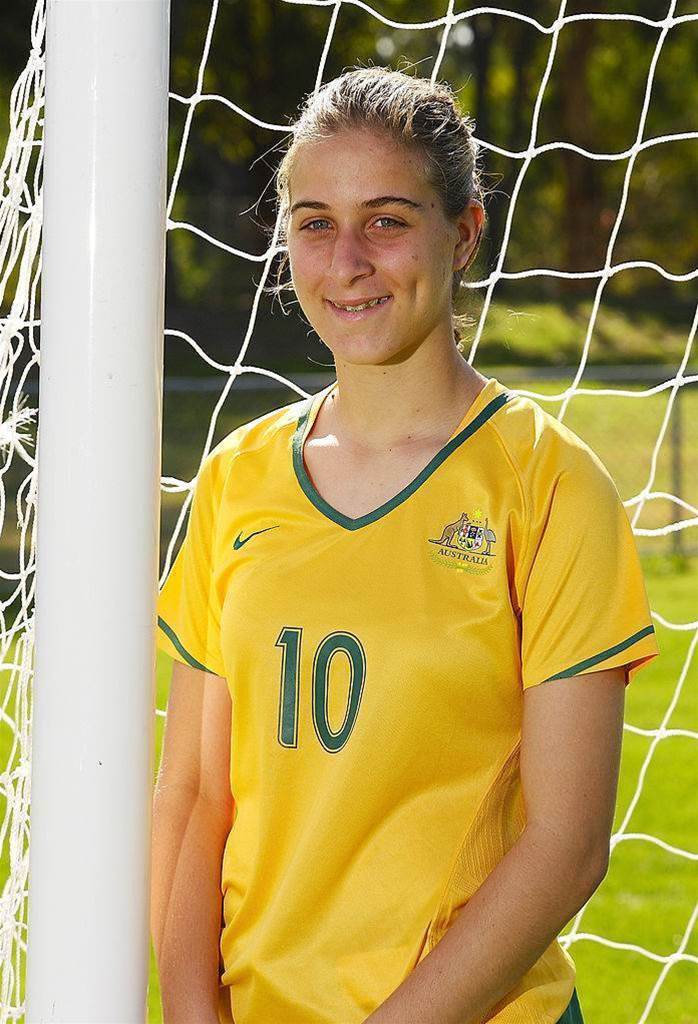 “She has all of the key attributes of a world class defensive midfielder,” agrees Gallo. “Technically strong, intelligent positioning, quick closing pace and the ability to play all ranges of passes.

“One of those players that is able to hit most passes to feet at any range.”

Mastrantonio’s leadership has also been outstanding with youngsters such as Courtney Nevin, Kyra Cooney-Cross, Vesna Milivojevic and Cortnee Vine growing around her at Wanderland.

“When it comes to leadership, Ella is one of the most humble and likeable people you will meet,” says Gallo.

“She has an infectious personality, is hilarious when needed but she also has the warrior mentality and desire to compete and win at all costs.

“She is extremely coachable, and able to problem solve most situations in training and games.

“She has an extremely high football maturity, and that comes from her knowledge of the game, and her deep love to 'Just be Playing the Game we Love'.

“She is caring and understanding, and able to adapt to most personalities. She has a habit of bringing out the best in players as well as coaches, as she forces us to be on our game  when delivering sessions and coaching points.”

The Matilda’s appeared to lack versatility and leadership at the World Cup in France and Mastrantonio could indeed prove to be that missing piece of the puzzle.

The Matildas tackle China, Taiwan and Thailand in the group phase of the qualifiers in February 2020 before the playoff phase in March if they get that far.

Time will tell if Mastrantonio’s 11 year drought will be over, but one thing is for sure, she is in the best form of her career and Tokyo is well and truly calling. 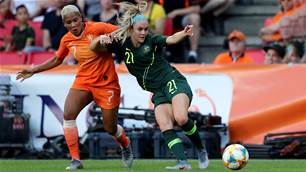