With two wins from two matches, Western Sydney Wanderers already have more wins than they managed over the entireity of last season.

CHECK OUT THE HIGHLIGHTS FROM LYNN WILLIAMS' DEBUT ABOVE

The debut of Lynn Williams and return to scoring form of Amy Harrison in the club's 1-0 win over Newcastle Jets look to lay the groundwork for a Wanderers team set to grow even stronger as the W-League builds momentum.

Dean Heffernan said a 30-minute delay to proceedings helped the Jets, who looked for the second week in a row like a well-marshalled defensive outfit.

But rain, hail or shine when Newcastle went behind, the Wanderers never looked like slipping up.

"I think the lightning and thunder helped (Newcastle), because they got to regroup and plan how they were going to stop us," said Dean Heffernan.

"That first 30 minutes by the players was frightening. It was really good to see how well they put together a game."

Williams would have also had a goal if a linesperson hadn't incorrectly ruled her offside, but the details matter little in hindsight for Heffernan.

Western Sydney and their harbour rivals are now neck and neck, separated only by goal difference while Canberra have a chance to join them after facing Melbourne City on Sunday. 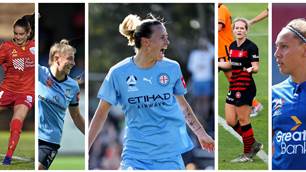 Predicted! Every W-League Round 10 Scoreline and Key Player