Mark Torcaso has spent his career helping to develop some of Victoria’s best football talents. The Western United coach is eager to showcase the states potential in the club’s first A-League Women's season.

Torcaso has been working toward this opportunity for years, first with Wittlesea Zebra’s under 16 side and then with Bundoora United in the VPLW. Since 2016 he has been with Calder United in Victoria’s NPLW, where his side regularly competes for trophies while running as an independent women’s club.

“I’ve worked my way through the process over many years, but to finally get officially acknowledged was amazing.

“Having an opportunity in the A-League Women’s was always an ambition or a goal.

"While working through the whole system with the old VPL and the NPL with Calder, it was always a goal to do that.”

As he prepares to take the reigns in a historic moment, Torcaso is faced with some familiar challenges. Western United must build a squad before November. This is a process both the newly established club and manager are familiar with.

Western United took just two seasons to win their first championship in the A-League Men’s.   Torcaso’s experiences in the women’s space has him excited to get to work with the men's Championship club's newest team.

“This is slightly different because it’s a professional competition, so the stakes are a little bit higher.

“Being a little bit more organized being a bit more open minded is something that has to be brought to the table.” 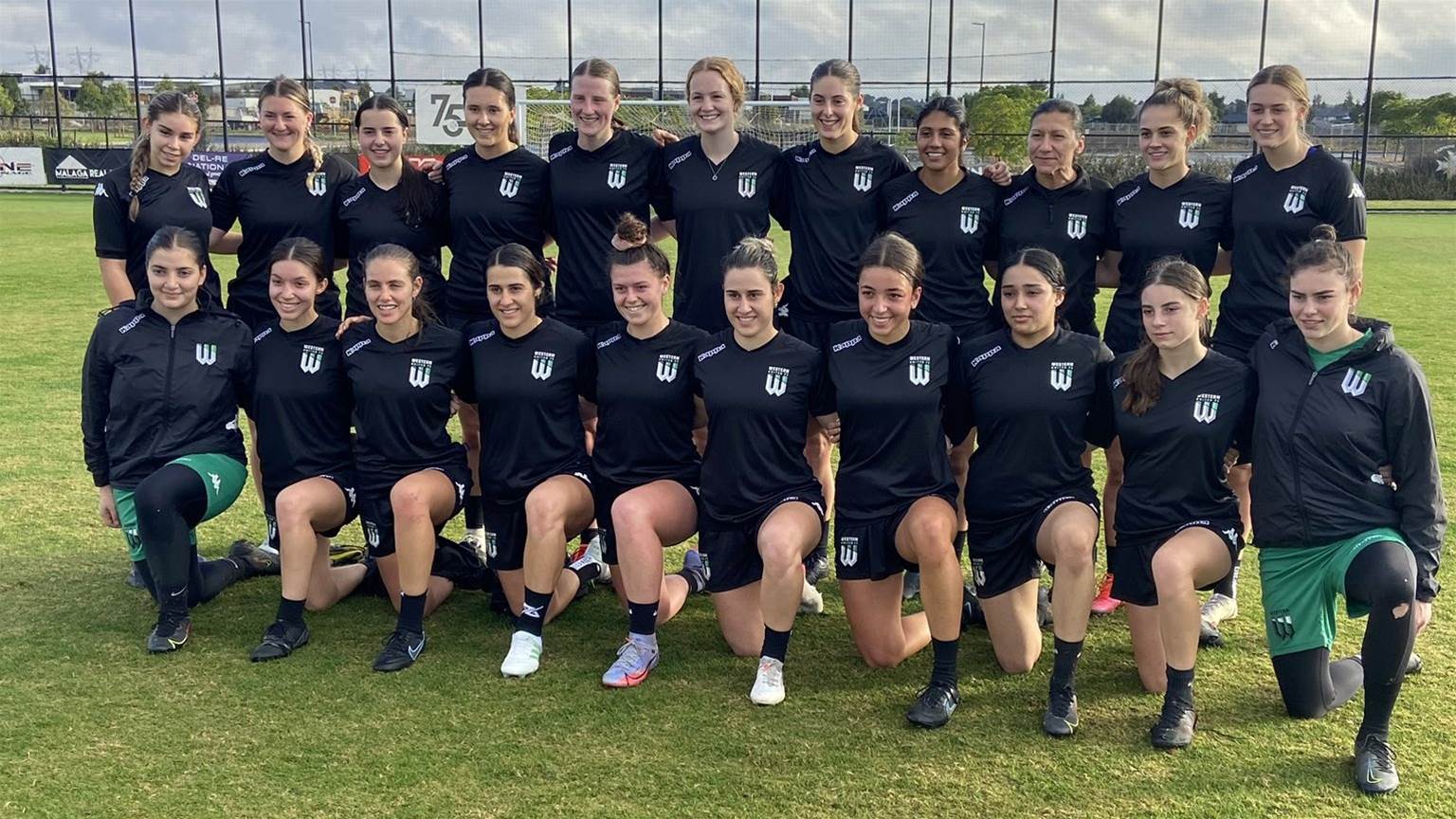 As the manager at Calder United, Torcaso’s sides have both developed and attracted some of the best players in the country. Angela Beard, Catherine Zimmerman and Polly Doran are just a few of the big names to come through the club.

This NPLW season, the western suburbs club have enjoyed a strong season so far and are favourites to win the league, with a Nike FC Cup still a possibility.

Although they have lost some of the big names of previous years, they only have one NPLW defeat after 14 rounds. New stars are beginning to emerge such as Stacy Papadopoulos and Adriana Taranto.

This continued success is a testament to Torcaso’s ability to foster a strong culture at the club, and bodes well for an A-League environment. He attributes much of Calder United success to creating a professional environment at the club.

In terms of training, any gap between NPLW and A-League level is kept as small as possible.

“I was lucky enough to work with Melbourne Victory as a goalkeeping coach for many seasons.

“Seeing them, how they come back and what they need to do to go back into an A-league Women’s setup is also something that will probably hold me and our club in good stead.”

“The setting and the environment that you create in the NPL setup has to be very close to what it’s like at A-league level.

“In previous years, Calder has been lucky enough to always be able to recruit or retain players of that level, because we’re trying to make it as similar as possible to what an A-League Women’s setup is so that the transition is easy for them.” At Western United, Torcaso is looking to build a strong foundation for success. Although accustomed to winning, he knows that trophies will not necessarily be immediate at the A-League Women’s newest team.

“It’s creating a name and a brand in the women’s space” he says of the plans.

“Obviously Western United has been successful in the men’s space in winning an A-League Men title after just a couple of seasons.

“They’ve done a fantastic job in that, right from the top in (Chairman) Jason Sourasis, and (CEO) Chris Pehilvanis,  and the board.

“Obviously everyone wants to win and wants to be successful straight away. We also understand that you have to put in that time.

“The expectations are to be as competitive as possible.  We’re going to try and enjoy the first season and get the foundations right from the start.”

Western United will represent more than just a geographical area. The club represents a chance for many new players to get a chance at the top league.

The A-League Women has traditionally been a short season and a small league. The expansion of the competition offers hope to players and the chance for the game to harness their potential.

“The challenge we’ve got in Australia and Victoria is trying to create more opportunities for players,” says Torcaso.

“I guess that’s the biggest thing that having another ALW squad here in Victoria means. It’s creating more opportunities for players.

It’s one more chance for players that just missed out on A-League clubs, to put them on the national stage to put them in contention for their national teams and probably show the state and the country that they are good as well.

“There are going to be players that might have just missed out on an opportunity in the past.

“There’s going to be a chance to work hard, prove yourself and prove to people that you’re able to play at the next level.

“One vision I’ve got for our group is to go out there and show that you’re capable. Prove to all those people and to yourself that you’re good enough.”