It's been 10 years since Australia won the 2010 AFC Women’s Asian Cup, our highest honour to date in international women’s football.

Kyah Simon’s Championship clinching penalty in a dramatic 5-4 penalty shootout victory over North Korea, will forever be embedded in Australian football folklore.
If we rewind 35 years prior to that, the story of the Australian XI who played at the inaugural AFC Women’s Championships in Hong Kong in 1975, still has one final chapter to be written.
That 1975 team has never been officially recognised as an Australian team, and none of the players received a Matildas cap for their achievements in Hong Kong, where they finished third. Unfortunately, 13 of the 16 members of that team never had the chance to play for Australia on an official level. Two of the team, Sue Taylor and Lynn McKenzie, have sadly passed away.
The 1975 Australian XI was made up of players from NSW, who had won the Women’s Soccer Championships in 1974. The bulk of the team came from the powerful St George Budapest club (who went seven years undefeated), which is one of the reasons the team was never recognised as an Australian national team.
However, a key point is the fact the Australian Soccer Federation (ASF), the FIFA recognised governing body of Australian football at the time, endorsed this team and allowed them to wear the traditional Australian colours of Green & Gold.
Furthermore, the team played against other countries at the 1975 Championships, a tournament which is now recognised by the AFC and FIFA.
It would also be hard to argue that a stronger team could have been put together by the Australian Women’s Soccer Association (AWSA), an organisation which looked after women’s football at the time in Australia, but was not recognised by FIFA as an official governing body.
The AWSA had wanted to send their own team but the ASF President, Sir Arthur George, stepped in and ensured the team that eventually went to Hong Kong were allowed to go, especially since they had been planning and fundraising for the 18 months prior.
While there was undoubtedly a number of talented players outside of NSW in 1975, the ladies that went to Hong Kong were a powerful unit. They beat Singapore 3-0 in the group stages before thrashing Malaysia 5-0 in the third-placed playoff.
They also went down narrowly to eventual finalists Thailand 3-2 in their opening match, before losing by the same scoreline to eventual champions New Zealand in the semi-final.
Rather than be celebrated, the 1975 Australian XI have copped their fair share of ridicule over the years, with many labelling them a ‘club side.’ Some prominent names from the AWSA even said the ‘NSW team’ must have been embarrassed when being called Australia at the opening ceremony of the 1975 Championships.
Instead of being made to feel proud, some of the team have even spoken about being threatened and having sleepless nights. A sad and shocking reflection of the politics that ingrains itself into football.
These women deserve to feel the pride and honour of who they were and what they represented, just like all of the 205 official Matildas from Julie Dolan to Jenna McCormick, who followed in their footsteps.
Forty-five years has been far too long, it’s time to officially recognise the 1975 Australian XI on the Matildas Honour Roll, after all, these pioneering ladies forged the pathway for those that followed.

The members of the 1975 Australian XI squad (those with an * went on to get official Matildas caps later on): 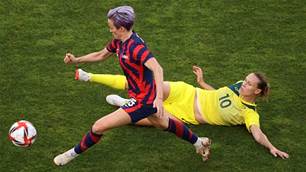