There’s currently an unseen power struggle bubbling beneath the surface of the women's game.

On one side is the historical power, the grand old giants of the game with their ground-breaking traditions and successes. And on the other are Barcelona, Bayern Munich, Chelsea and Paris Saint Germain.

The USA have done more for the legitimisation and mainstream relevance of women’s football – or should we say soccer - than any other, packing out crowds and paying their players a basic wage when the super-rich English clubs were still only paying tea ladies.

But now the sport is hitting its parabola, where its popularity is finally broadly representative of its quality and the European giants want a piece of the pie.

So how does the USA hold onto the cake it helped bake?

So far it’s been through careful scheduling arrangements, allowing for players to depart on European sojourns during the offseason, vie for a Champions League title and throw themselves into the running for the Ballon d’Or Feminin, before returning to the US.

This may well be the path Kerr takes, despite FFA’s reported big-money offer to keep her Down Under.

Now, this would obviously hurt the W-League, but barely affect the global status quo. While nobody wants to see Kerr in a Perth Glory shirt next season more than us at TWG, eventually ambition-flavoured reality has to bite.

When Alex Morgan left the NWSL for a six-month stint in Lyon, she said she wanted to become “the best player in the world”. In a Eurocentric game, this sort of global recognition can seemingly only happen in Europe.

And when you think about what it would mean for an Aussie to be recognised as the greatest female footballer in the world, well, maybe FFA are better in the long term to let her go. 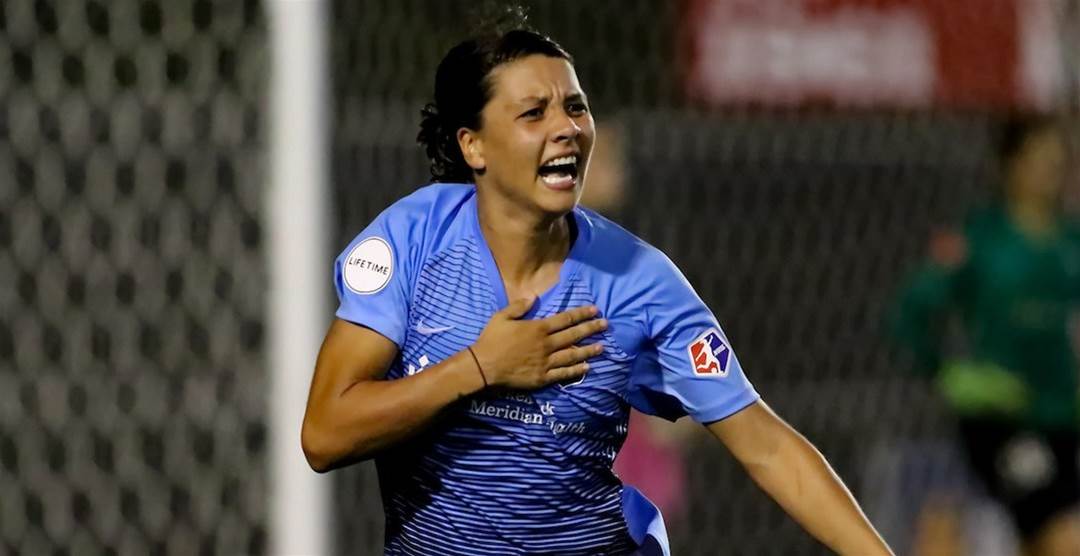 Kerr is an NWSL MVP and two-time golden boot winner

So currently, like Morgan, Kerr can have the best of both worlds.

But as the game matures, enrichens and becomes more professional and marketable, this may become less and less possible.

Even if pre-seasons, training regimes, coaching demands, sponsorship commitments, continental tournaments, internationals and domestic league campaigns all somehow mesh between the US and Europe, how much downtime does that leave?

And what sort of lifestyle does living out of a suitcase leave for the footballers? Inevitably, they’ll have to choose one or the other.

As the most successful, highest profile NWSL import, Kerr faces a decision that could not only shape her entire career, but the future of women’s football.

If she leaves the NWSL for Europe, it will spark a paradigm shift in the power balance, sending a clear message to every female footballer around the world: eventually, NWSL clubs will be unable to compete financially with Europe’s elite and they’ll be unable to replicate the valour of Champions League titles and Ballon d’Ors.

But if America can somehow find a way to keep Kerr…it could even accomplish the reverse.

The US aren’t only female football’s pioneers, they’re its undisputed international powerhouses and the biggest sporting market in the world. The NWSL is also a far more competitive league, which shouldn't be overlooked.

Plus, when it comes to getting what they want, not even the French can rival the USA’s je ne sais quoi.

Who knows, Kerr’s decision could even spark the beginning of a shift in men’s football.

Whatever choice she makes, an Aussie seems set to be a football trailblazer. For what exactly, it’s doubtful even she knows...